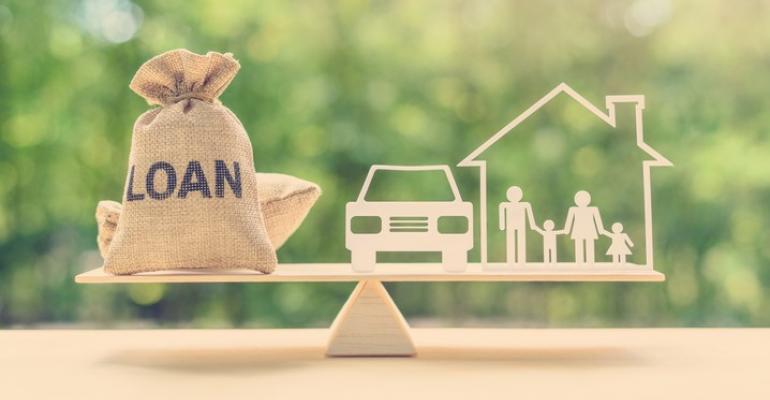 LAS VEGAS – The average amount of an automotive loan has skyrocketed as vehicles get more expensive, but the average loan payment has not gone up that much.

“We’ve seen a tremendous shift in how terms have increased,” she says at the American Financial Services Assn.’s annual Vehicle Finance Conference held in conjunction with the upcoming National Automobile Dealers Assn.’s annual convention and expo.

But the average monthly payment of $550 “hasn’t increased much” because loan terms have stretched out, Zabritski says.

Years ago, 24-month loans (with 33% down payments) were conventional. More recently, 60-month loans became standard. Now, 72-month loans are common and the number of 84-month loans is growing, she says. “We’ve seen some loans – but not a lot – of 85 months and higher.”

The average interest rate is 5.8% for a new vehicle and 9.54% for a used one, Zabritski says, adding she expects those rates to come down.

After declining in 2016 and 2017, the number of securitized subprime loans is growing again, Amy Martin, senior director-structured finance at S&P Global Rankings, says at the AFSA conference.

Securitized loans are ones that are bundled and sold to investors. So-called auto-loan-backed securities (ABS) are dominated by captive lenders such as GM Financial, Ford Credit and Toyota Motor Credit.

Auto loans tend to perform well, meaning the vast majority of borrowers pay back their debts.

But she adds: “We’re seeing longer loans. Financing for 84 months accounts for 8% of ABS loans. We’re concerned about the trend toward longer-term loans.”

She says that’s because 84-month loans are four times riskier than a 60-month loan. Lenders are upside down to a greater extent compared with 60-month loans. And an 84-month loan “takes longer for a consumer to build equity” in a vehicle, Martin says.