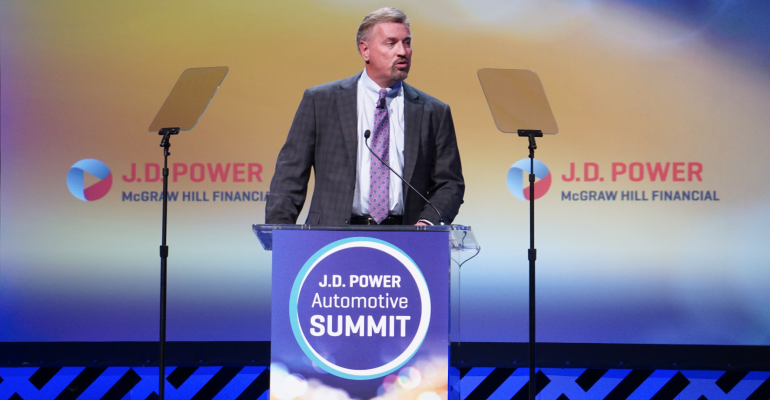 The automaker&rsquo;s U.S. CEO says one-price selling and other changes to the retail model are needed &ndash; and fast &ndash; if new-vehicle dealers are to ward off competition from emerging-technology competitors.

LAS VEGAS – U.S. auto dealers should switch to a one-price selling model, abolish many other long-held but outmoded sales practices and restructure their business models in the face of a rapidly evolving new-vehicle buyer base, Hyundai’s top U.S. executive says.

Lean, less-capital-intensive upstarts are looking to take your business, Zuchowski warns new-vehicle retailers. Dealers have advantages over these new-technology startups, but they have to move quickly, he says.

“You need to innovate and take calculated risks again. You have to fight back. Leverage your brick-and-mortar investments, don’t apologize for it.”

Zuchowski points to several emerging trends that are changing the way U.S. buyers purchase goods and services, including the generational shift to more tech-savvy consumers, the rise in “instant-gratification” on-demand retailers and the hyper-urbanization movement that will see 84% of Americans residing in cities by 2020.

All those mean what vehicles people will buy, how they will buy them and how many they will purchase is changing.

Noting the growing influence of service companies such as Uber for ride sharing and Zipcar and others for short-term vehicle rental, he tells dealers it’s time to “wake up” and react to these market shifts.

“If we don’t respond urgently…entrepreneurs will step into the void. This is actually you’re turf,” Zuchowski says, calling dealers “the original” entrepreneurs.

“It’s time to seize back that space.”

Transparent, one-price pricing is one must tactical change.

“We need to go to marketplace pricing,” the Hyundai executive says, noting consumers already come to showrooms armed with a wealth of data on vehicle pricing from third-party Internet sites such as TrueCar or Kelly Blue Book. “Inventory should be repriced daily just like every other retail industry does. It’s what the customer is looking for.

Making the switch to transparent pricing means dealers could streamline sales and financing processes and flatten their organization charts, allowing them to focus more on what today’s customers are looking for: a less painful purchase process, offsite test drives, home delivery and service technicians who make house calls.

With those tactics, dealers would have “a much higher likelihood of attracting a new breed of sales person who is more in line with your buyers,” Zuchowski says, noting Hyundai dealers tend to have sales staffs that skew too much toward middle-class white males.

“Most shoppers are going to be diverse mix (in the near future),” he says. “And they don’t like the processes we have now. We have to get ready for it. It’s difficult. A lot of dealers made investments in (selling tools) that it’s time to walk away from.”

The Hyundai exec says this more-differentiated service approach is a key part of the automaker’s strategy for its new Genesis brand, which will sell a half-dozen luxury models alongside more budget-minded Hyundai-brand cars in the same showrooms.

“If we embrace new technology, (offer) valet and concierge service, pick-up and delivery, we can get around sharing a showroom (with Hyundai),” he says. “The answer isn’t spending on new brick and mortar. (New-tech competitors) hope we continue to spend money on existing practices. That’s (always) what we’ve done before.”

Zuchowski admits Hyundai dealers aren’t any more prepared to take on emerging new competitors than other brands. He says in making similar pitches for change to his retailers, half were intrigued and half “wanted to stone me to death.”

Hyundai dealers have seen declining profits the last two years, a slip Zuchowski blames on the brand’s car-heavy lineup in a market that is leaning heavily toward CUVs.

“We’re 20% trucks in our mix and the industry is at 60%,” he says, noting that only the Volkswagen brand has a lower truck mix. That disparity is expected to be fixed over time as the automaker expands its CUV lineup from two offerings to seven and completes announced capacity moves to increase the supply of the Tucson and Santa Fe models in the U.S. market.

“We’re going to continue with investments in new products,” he says. “Ultimately we need to change our truck mix to closer to the industry’s 60%.”

Zuchowski says there’s little time to waste in transitioning to new business models on the retail side.

“There’s too much at stake to procrastinate any longer. Change is coming…either embrace it or be paralyzed by it,” he tells dealers.