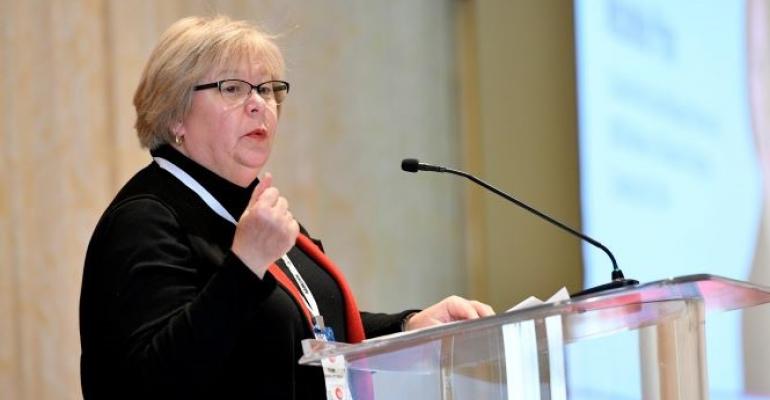 More women are being hired than ever before. “But guess what? We need more,” says Michelle Primm of Cascade Auto Group in Ohio.
Dealers>NADA Convention and Exposition

“You have to really believe” it’s worth it, says Sherry Schultz of the Walser Automotive Group.

At a Women Driving Auto Retail event here, they also get an update on the SeeHer campaign aimed at improving the quantity and quality of media and advertising images of women,

Sherry Schultz, chief human resource officer for Walser Automotive Group based in Minneapolis, says living up to your beliefs can be costly.

“You have to really believe” it’s worth it, she says during a panel discussion on dealership culture. “Do we believe, $200,000 worth of believing, in maternity leave? That’s how much it cost last year. But is turnover down? Yes. And is female hiring up? Yes.”

Evelyn Chatel, general manager at Bean Auto Group in Miami, says a tough thing about auto retail — the long, hard hours — affects both sexes, and policies must be fair to men, too.

“The biggest difficulty we have in this business is the hours,” she says. The audience moans in agreement.

“We have this stereotype in this business, where we have to put in the hours,” Chatel says, adding that work caused her to miss countless family occasions, especially if they fell at the busy end of the month.

“But you can’t be given a second set of rules because you’re a woman,” she says. “You wouldn’t even want that.”

Time for a Change

Panelist Matt Laughridge, owner and managing partner of the Terry Reid Auto Group, Cartersville, GA, says that after the creation of a more inclusive corporate culture, half his dealership employees are female, many in supervisory jobs.

Mindy McAlindon, a director of the SeeHer campaign for the Assn. of National Advertisers, says children unconsciously absorb gender bias early, by age five to seven.

For example, she says, children often assume firefighter, airplane pilot and doctor positions are for men.

In auto retailing, more women are being hired than ever before. “But guess what? We need more,” says Michelle Primm, managing partner of the Cascade Auto Group, Cuyahoga Falls, OH. She’s also a NADA regional board member representing women.

Her NADA board counterpart for the Western region is Val Bowen, president of ValMark Chevrolet, New Braunfels, TX.

Bowen urges women at the event to encourage other women to run for the NADA board. “And consider running yourself,” she adds.