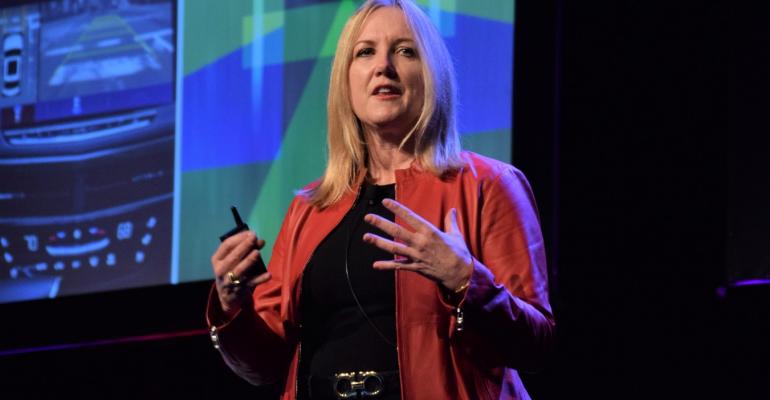 SAN FRANCISCO – Cadillac will not be advertising during next month’s Super Bowl LIII and its U.S. sales were down slightly in 2018, but the luxury brand has compelling stories to tell, particularly as it ramps up semi-autonomous Super Cruise technology and all-electric models in the future. A TV commercial for Cadillac is in the works for the Academy Awards, which will be presented Feb. 24.

That’s the message from Deborah Wahl, Cadillac’s chief marketing officer, while speaking at the J.D. Power Automotive Summit, being held here ahead of this weekend’s National Automobile Dealers Assn. convention and expo.

She says Cadillac set a global sales record for the brand by delivering 382,184 units in 2018.

“We intend to double down on that achievement with double-digit growth in 2019,” Wahl says. “We’re determined and more importantly we’re armed for that fight on the product side,” with plans for six Cadillac launches over the next three years.

In checking historical sales data for Cadillac, it appears Wahl is correct in claiming a global sales record for the brand. Wards Intelligence data shows Cadillac’s best year previously was 1978, when the brand sold 350,813 vehicles, nearly all of them in the U.S.

Global sales data continues to be compiled by Wards Intelligence for 2018, but so far Cadillac deliveries have topped 379,000 units, an 8% gain over 2017.

Wahl is confident the numbers will continue climbing with last September’s launch of the compact XT4 luxury CUV, to be followed this coming fall with the all-new three-row XT6 CUV, which was unveiled at the recent North American International Auto Show in Detroit and will slot in below the fullsize body-on-frame Escalade SUV.

“We will now be present in all the major segments,” she says. “It’s really good news.”

Cadillac also will lead General Motors’ electric-vehicle efforts with a zero-emissions architecture flexible enough to accommodate left-hand and right-hand-steered cars, CUVs and SUVs driven by power to the front wheels, rear wheels or all four.

“This is the canvas upon which we will paint an exciting and profitable EV program,” she says.

Her use of the word “profitable” during her speech surely catches the attention of this dealer-heavy audience. If GM could not make money on the Chevrolet Volt plug-in hybrid (which is being discontinued) or the Chevrolet Bolt EV, perhaps Cadillac pricing for the next-generation EV will improve the business case. Clearly, Cadillac is trying to beat Tesla at its own premium EV game.

Cadillac’s first EV from the new architecture is slated to arrive in about three years.

In a Q&A session on stage after her speech, Wahl was asked how Cadillac can justify its aggressive moves toward electrification while at the same time launching an all-new hand-built Blackwing 4.2L twin-turbo V-8 slated to make 550 hp in the Cadillac CT6-V. Cadillac opened pre-sales for the vehicle last week and sold out within two hours, she says.

Wahl says every automaker is wrestling with this transition from conventional internal-combustion engines to EVs, a process that could take many years.

“What’s really core is how people want to feel when driving a car. Really torque doesn’t care what the source is,” she says. “We think it’s important at this phase that we still develop it, have that and can offer it,” she says of the Blackwing V-8.

“We have to play in both worlds right now,” she says. “We can’t do one without the other.”

Cadillac showrooms are slated to sell the CT6 through the rest of this year “and into next year,” she says. Beyond that, the future of both the CT6 and Blackwing V-8 is unknown, at least publicly. 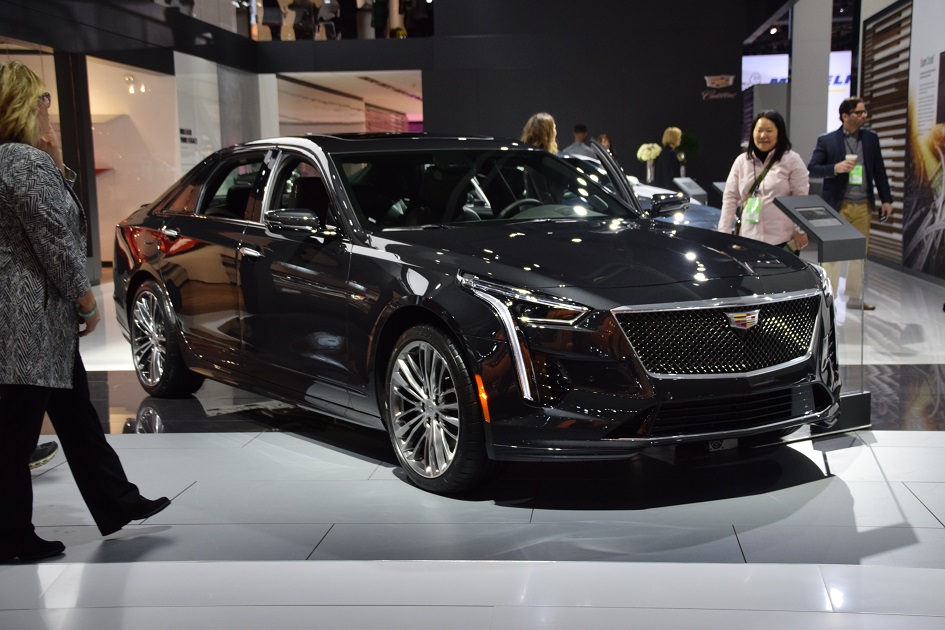