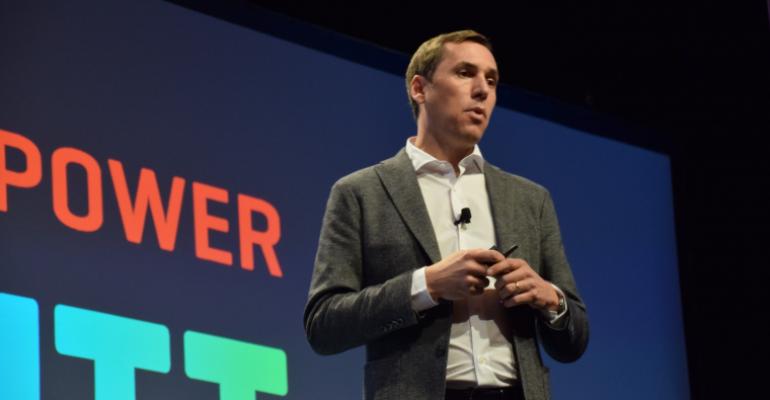 “These longer loan terms are great for getting higher transaction prices, which help us today,” says J.D. Power’s Thomas King. “But obviously, they’re creating the risk of great problems for the future.”

LAS VEGAS – There was a sense of gloom in San Francisco at last year’s National Automobile Dealers Assn.’s annual convention and exposition about the year ahead.

“A lot of folks were saying 2019 would be a rally bad year,” Thomas King, J.D. Power’s president of data and analytics and chief product officer, says at today’s J.D. Power Auto Summit here as the 2020 NADA convention kicks off.

In the end, 17 million sales of new vehicles in the U.S. was “not too shabby overall,” King says. “It could have been better, but on balance it was very, very good.”

Despite the positive signs, King points to anxiety over rising interest rates, which have driven up the cost of borrowing for consumers, ultimately reducing affordability and encouraging some consumers to embrace loan terms as long as 84 months.

“These longer loan terms are great for getting higher transaction prices, which help us today,” King says. “But obviously, they’re creating the risk of great problems for the future” because consumers with long-term loans for their existing vehicles are being locked out of the market for new cars.

“There are many, many millions of consumers today, driving around in a fairly recent purchase with a long loan term, who are upside down on their loans,” he says, adding the proportion of owners who are in that situation has doubled in recent years.

King expects that in 2021or 2022 the industry will “really start to feel the consequences of these longer loans.”

The used-car market is robust, King notes, coming off a record 2019 with 12.2 million sales at new-vehicle franchise dealers, up 6% or 700,000 units. He points to two key reasons for the growth: investment by retailers in used-vehicle operations and a growing supply of desirable used vehicles.

“We have lots of used vehicles coming to market because we were an industry that was growing a few years ago and you should have taken advantage of that,” King says to a room full of dealer executives.

The trajectory is expected to remain upward this year, reaching 12.4 million units, another record.

King pegs OEM revenue for this year at $568 billion as a total of all new sales, reflecting steady growth since the recessionary trough of 2008 and 2009.

“When you look at the profit being made from U.S. sales operations, pretty much across the board, you can see that the market from an OEM perspective is in terrific shape,” he says.

Looking at retail sales by price point, consumers are opting to spend more. Sales of vehicles under $20,000 were down 20% last year, while deliveries of vehicles priced above $40,000 grew 7%.

“One of the reasons for this higher average is because the bottom end of the market is falling out in a contracting market,” King says.

The trendline is tied to the market’s well-documented migration from cars to trucks and utility vehicles. Mainstream car sales were down 13% last year, largely due to Ford and General Motors streamlining their sedan portfolios, while sales of premium SUVs were up 9%.

“If you've got the good fortune to be selling high-priced vehicles that are SUVs to mature customers in Miami, well, life should be pretty good,” King says. “If you're selling low-priced sedans, you've got a real challenge.”

The average vehicle on dealer lots today was redesigned 38 months ago. “What that tells you is we've been in an environment where vehicles are fundamentally young and recently designed,” he says. “And consumers are willing to pay for these vehicles because frankly, they're terrific.”

This year, 58 models are expected to launch in the U.S. with minor redesigns, while 55 will come to market all-new or significantly redesigned. And every new vehicle is integrating more driver-assistance features such as adaptive cruise control and lane-departure warning.

“This is content that some consumers have never seen before,” he says. “Consumers are seeing this for the first time, experiencing it for the first time and saying, ‘I am willing to pay a fair price for this new stuff because it's pretty cool.’”

In this presidential election year, should dealers be concerned that political bickering will negatively impact vehicle sales?

King says no. “If you take a look at history, elections basically have no impact whatsoever on vehicle sales. Even when you look at sales on election day, it doesn't matter.”