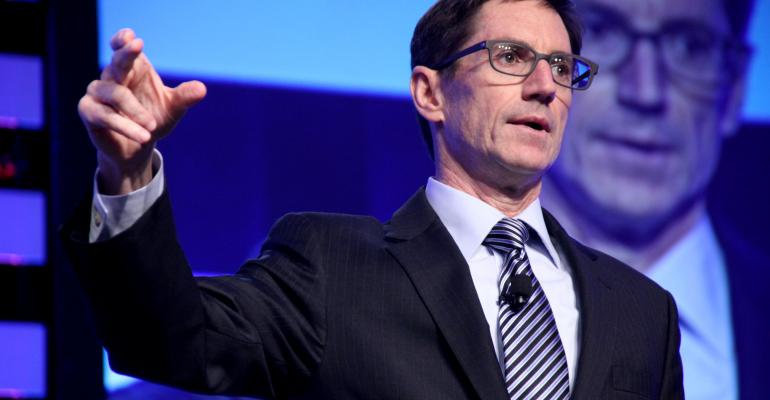 Would You Rent Your Car? You May Have No Choice

The growth in megacities and likely resulting restrictions on automobile access could force consumers into car sharing, a Ford official predicts.

TRAVERSE CITY, MI – As more megacities emerge around the globe, vehicle-sharing might not be just a choice. It could be a virtual requirement, says a Ford executive.

There’s been considerable discussion at the Management Briefing Seminars here about the car-sharing future, and Jim Holland, Ford vice president-vehicle component and systems engineering, says his company is studying the issue intently as part of a wide-ranging initiative to “think and act like a startup (company). We want to anticipate customer needs 10 years out.”

While Ford is reasonably convinced “young buyers do want to share the expense of vehicle ownership,” car-sharing in the future may not strictly be a voluntary matter, he says.

Holland tells WardsAuto Ford sees scenarios in which regulatory forces might dictate car-sharing behavior as megacities (populations in excess of 10 million people) become the norm and congestion and emissions concerns cause governments to limit the sheer number of vehicles permitted to operate in a given region.

“The question is, what are the drivers (behind car-sharing)?” Holland asks. “As cities continue to grow, that might force things.”

“We’re still in understanding mode,” he adds. “Indications are young buyers are much more open to sharing, but we need a lot more study.”

To that end, Holland says Ford is preparing to conduct peer-to-peer car-sharing trials, administered through Ford Credit, in which owners could rent vehicles for short-term trips, similar to schemes run by Zipcar and operating or in the works at rival automakers.

Ford believes there’s going to be a need to maximize vehicle use, and the trend toward ever-larger cities could be a complementary factor, Holland says. Rather than having vehicles in already space-challenged urban areas sitting unused for much of the time, those vehicles could be made available to other drivers.

Data presented by the Ford executive indicates there are 28 megacities around the world, but that number is expected to grow to 41 by 2030. Most of that growth will occur in the Asia-Pacific region, Holland says.

Ford also is studying variations of car-sharing scenarios that include an innovative “dynamic shuttle” that pilots riders to destinations pre-arranged via a smartphone, and it is using information-gathering bicycles called “info cycles” to collect ground-level, real-time information about street conditions.