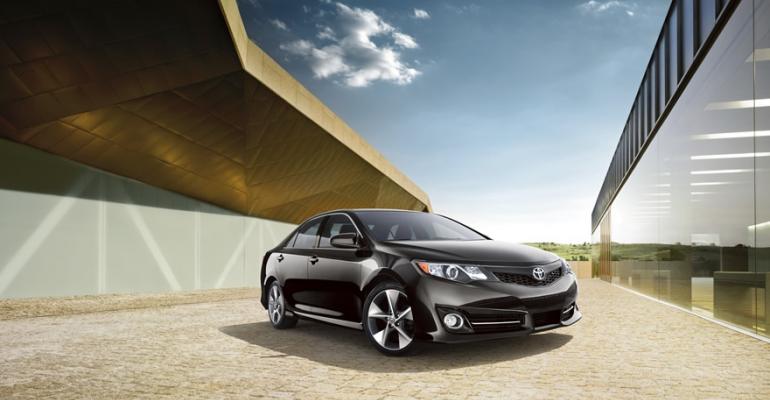 The Toyota Camry retained its title as the U.S. market’s top-selling passenger car, but it did so with its lowest annual volume in nearly two decades, according to WardsAuto data.

Toyota launched the next-generation ’12 Camry mid-year but throughout most of 2011, sales were hobbled by parts shortages stemming from the March 11 earthquake and tsunami in Japan.

While the brand's share was hammered in 2011, falling to a forecasted 12.9%, Toyota USA President Jim Lentz says he believes many Toyota sales went unrealized because of inventory woes and were not lost to competing brands.

“A lot of those sales have been postponed," Lentz tells journalists today during a conference call. “Many of our customers have said they’re willing to wait four to six months for the right product to be available to them.”

He points out as inventories have improved, Toyota's share has risen, with December's 14.4% equal to fist-quarter 2011, before the earthquake and tsunami. Toyota expects inventory levels to return to normal by the end of first-quarter 2012.

Camry sales recovered in December, with hybrid demand jumping 46.0% and deliveries of the gas-powered model ticking up 5.7%.

Early indications are the Nissan Altima will finish second in U.S. car sales, followed by the Ford Fusion and Toyota Corolla.

General Motors was the top-selling auto maker, followed by Ford and then Toyota.