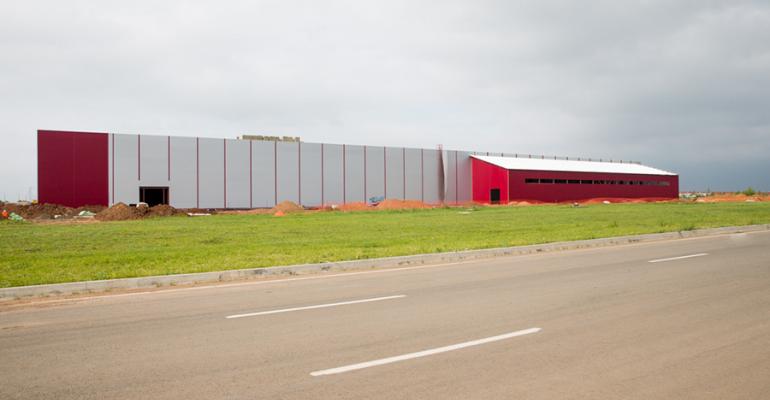 The decision by Faurecia, which manufactures components such as seats, interiors and&nbsp; exhaust systems, to partially suspend operations may disrupt Russian production by major automakers including PSA Peugeot Citroen and Ford.

The Ministry of Economy says four unnamed components makers have halted production while about 30 companies have postponed planned investments until at least the beginning of 2016.

The decision by Faurecia, which specializes in the production of seats, interior components and  exhaust systems, to partially suspend operations may create problems at the Russian plants of major customers including PSA Peugeot Citroen and Ford.

A spokesman for Industry and Trade Minister Denis Manturov says the French company recently completed construction of a plant in Tatarstan in Eastern Russia but has suspended its official commissioning and transferred part of its capacity to the Ford-Sollers joint venture in Naberezhnye Chelny.

The spokesman says one reason for the cutback in parts production is suppliers’ dissatisfaction with state support that is weighted in automakers’ favor. But the government recently introduced a credit localization scheme designed to benefit parts manufacturers as well as automakers.

Under the initiative, global automakers operating in Russia may export parts made in the country to their plants elsewhere and still receive credit for localized production. The government says this will help the automakers meet their obligation to have a 75% level of localization – also known as import substitution – in their Russia-made vehicles by 2018.

The credit localization plan would give foreign auto-parts makers an additional incentive to increase production in Russia and would help them stay afloat in the local market, says Mikhail Blokhin, general director-Russian National Association of Automotive Components Producers.

Manufacturers who fail to meet the 75% parts-localization standard will lose tariff and tax benefits on components supplied for the production of cars in Russia. The current average level of localization is estimated at 45%.

June light-vehicle sales in Russia were 29.7% below like-2014, and first-half deliveries were 36.4% below prior-year, according to WardsAuto data.