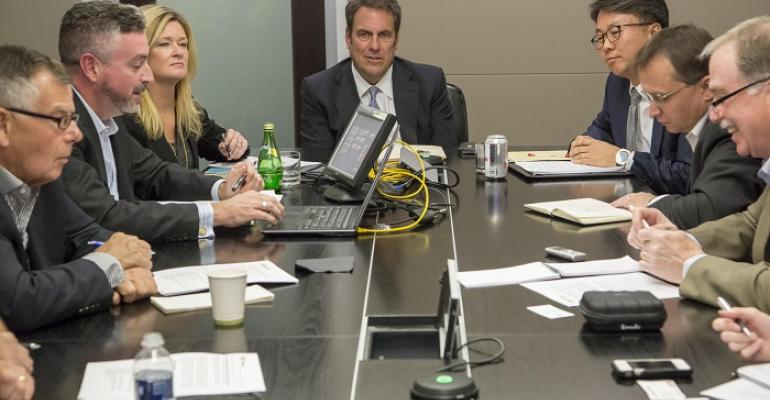 GM surveyed 300 Volt owners after nearly three years of service and found they still were getting the car&rsquo;s 35-mile EPA-estimated electric range and 15% were achieving 40 miles on battery power.

That’s giving the automaker confidence the upcoming Chevy Bolt EV will be able to achieve its stated 200-mile (322-km) range.

“There’s over 23 million cells of this type of configuration that we’ve been using since the Gen 1 Volt with pharmaceutical-level quality, less than two defects per million,” Pam Fletcher, executive chief engineer for electrified vehicles, tells media here. “And so if you have to put a car on the road, tomorrow or the next month, this is where you’re going to lay your bet.”

Fletcher’s comments come at an event announcing the Bolt is a co-development of GM and supplier LG.

The Korean conglomerate not only supplied many of the car’s propulsion components, including the battery cells and pack, battery heater, power-inverter module and onboard charger, but also the Bolt’s infotainment system and instrument cluster.

“The battery cell itself has been a long-term relationship with LG,” and the Bolt collaboration builds on that, Mark Reuss, GM’s executive vice president-global product supply, development and purchasing, says at the event.

Reuss won’t get into specifics on how much money GM saved via the LG strategic partnership, but says too-big a focus on cost in supplier dealings with EVs can “blow up in your face.”

“Today’s competitive landscape requires a different approach,” he says, adding because GM has worked with LG subsidiary LG Chem since 2008 on the Volt battery pack, the automaker was able to “get down the cost curve quicker than our competition.”

GM and LG signed a definitive agreement in 2011 to work together on electric vehicles, and that’s where the seeds of the Bolt collaboration were sown, Reuss says.

LG Partnership Not Only Way Forward

GM will partner with suppliers when and where it makes sense, he says, adding this partnership should not be taken as a harbinger of things to come. GM will continue to build vehicle components on its own or buy them directly from suppliers in some situations.

Fletcher says the 200-mile range of the Bolt may be a conservative estimate, hinting testing of pre-production models is showing better numbers.

Also, she says GM will call the production Bolt a CUV, as it did the concept vehicle, to boost the model’s awareness and hopefully acceptance in the marketplace.

CUV sales continue to accelerate as Americans show they prefer tall hatchbacks over other body styles. In September, CUV sales rose 28.3% above year-ago, and it was the fourth straight month the segment set a share record. CUVs accounted for 31.3% of total light-vehicle sales in September, WardsAuto data shows.

The Bolt EV goes on sale late next year in the U.S. It will be assembled at GM’s Orion Twp., MI, plant.

Reuss says GM still is targeting a starting price for the Bolt below $30,000, inclusive of tax breaks for EVs.