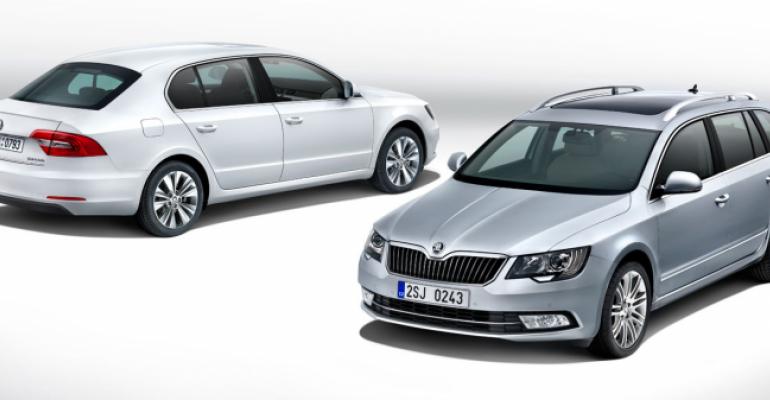 VIENNA – Skoda Auto will unveil a facelifted version of its Superb flagship at the Shanghai auto show this month.

Both the new Superb sedan and Combi wagon will celebrate their world premieres April 19, the eve of the show opening.

The modernized models, boasting the brand’s new design language, will be launched in European markets at the end of June.

Skoda launched the first-generation Superb in 2001. Production of the current second-generation model began in 2008, with the wagon added in 2009.

Output was launched in China in 2009. The car also is assembled in other countries.