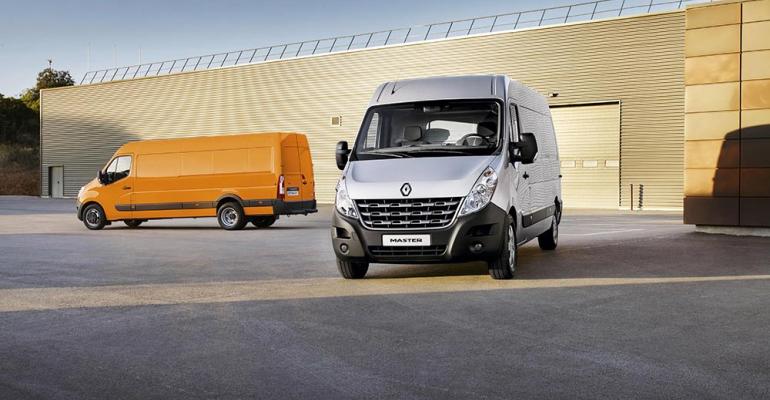 Renault and Fiat are seeking more details about managing production, MosAvtoZil&rsquo;s level of investment and the transfer price, or how much the French and Italian automakers would pay to buy back vehicles made by the Russian JV.

VIENNA – MosAvtoZil, a joint venture owned 51% by Sberbank Rossii and 49% by the City of Moscow, is negotiating with Renault and Fiat on contract assembly of large commercial vans, says Bruno Ancelin, Renault senior vice president-Eurasia Region and managing director-Russia.

Zil, a traditional Russian vehicle maker majority-owned by the City of Moscow, has struggled for years and MosAvtoZil is seen as a possible means of continuing production at its location.

“Now, it is clear is that there are only two partners, Renault and Fiat, at this stage,” Ancelin says. “And both brands will come with their own vehicles.

“So Renault will not use a kind of cross-badging of an existing vehicle that is not a Renault vehicle, and Fiat, as far as I know, will not cross-badge a vehicle from another company,” he says. “But the process of manufacturing of these two vehicles is very similar.”

According to Ancelin, both automakers became convinced they could work together with MosAvtoZil to resolve technical and financial questions.

“The first question is: Are we sure that through the process of manufacturing we can share the same process, same machines to manufacture not the same vehicle but a very similar one? And the answer is yes,” he says. “And the second question is, will the three partners make a profit?”

In the current talks Renault and Fiat are seeking more details about managing production, the amount of investment to be made by MosAvtoZil and the transfer price, or the price at which the foreign automakers would buy back vehicles made by the Russian JV.

An external engineering company chosen by MosAvtoZil is expected to modify the Moscow plant for the project.

“And we agreed with Fiat to have a common team to assess the work of this engineering company,” Ancelin says. “That means each time we will see something that is wrong according to our standards, we will…help this company refine the process as we want in order to guarantee the efficiency of the process.”

The manufacturers have not yet decided whether production would start with semi-knocked-down kits and later switch to complete-knocked-down assembly, or else begin with CKD.

“It is officially not yet decided, but my impression…is that it is impossible with this kind of vehicle to start with SKD,” he says. “Because transporting a body that is assembled, painted and has a lot of air in the middle is impossible. It is stupid.”

CKD assembly probably is the best way to start, he says.

Renault already has a good relationship with Zil as a supplier for its Moscow-based Avtoframos plant. Alpha Automotive Technologies, a JV owned 51% by Zil and 49% by Japan’s IHI, has stamped body panels for Renault cars produced by Avtoframos since 2009.

“They have a stamping shop and we are already using this stamping shop as the supplier for Avtoframos,” Ancelin says. “So it is one of the criteria for which we chose MosAvtoZil.”

Renault produces two large CVs, the Trafic and the Master, and the Renault executive says one of them could be built by the partners. According to other sources, the Master is the candidate for assembly in Moscow.

Ancelin does not provide a timetable for the project. “I can’t say it very precisely but the (second) phase is short so it will be several months, and after that we decide if we go or not depending on the profit and the business model.”

Misgivings about the project caused PSA Peugeot Citroen to back out, Bernd Schantz, the French automaker’s CEO for Russia, Ukraine and other CIS states, tells WardsAuto.

“Our discussions with MosAvtoZil were terminated because we could not find a satisfactory solution for the business model,” he says. “And because of that, the project makes no sense.

Other foreign automakers are showing more interest in CV production in the country.

The low end of the market for commercial vans mainly is controlled by GAZ and its GAZelle and Sobol vehicles. But the Russian truck maker also is producing higher-priced previous-generation Mercedes-Benz Sprinter vans at its plant in Nizhny Novgorod under a contract with Daimler. The Ford Sollers JV assembles the Ford Transit from SKD kits in Elabuga.

Fiat once assembled previous-generation Ducato CVs in cooperation with Sollers in Elabuga from CKD kits with significant local content. That project was phased out after Sollers terminated its relationship with Fiat and partnered with Ford.