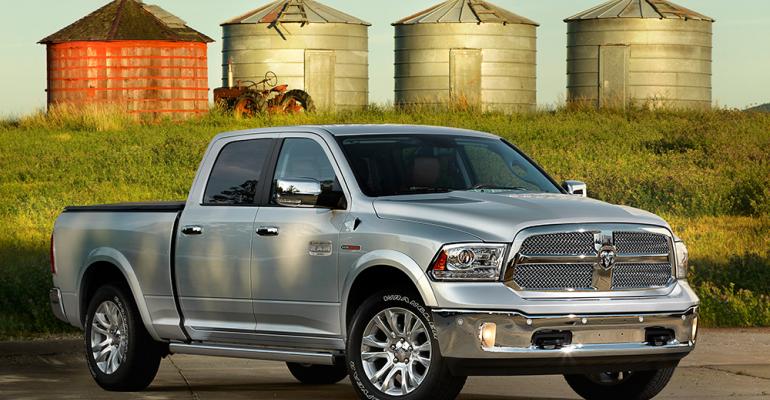 AUBURN HILLS, MI – Fiat Chrysler Automobile’s Ram brand, the fastest-growing truck marque since it was spun off from Dodge in 2009, isn’t eyeing any slowdown in the coming five years.

Ram top executive Reid Bigland predicts today at the FCA 5-year-plan backgrounder here that sales will rise to 620,000 units in North America in 2018, up from 463,000 today, despite an overall flat market of 2.7 million.

Fueling the growth will be $2.4 billion pledged toward product upgrades that will see an update to the light-duty pickup next year and a refresh of the brand’s heavy-duty pickup in 2016, followed by major overhauls in 2017 and 2018, respectively.

The Ram Commercial side will see the new Doblo-based ProMaster City bowing in the U.S. in the fourth quarter, followed by major updates to commercial light-duty models in 2017 and commercial heavy-duty and chassis cab vehicles in 2018.

Ram has plans to expand its Commercial dealer network to 900 sales points, and Bigland says it is keeping requirements asked of dealers minimal to draw interest in the franchise.

Bigland also casts some light on the Fiat Professional brand, which will get a new Doblo next year and Fiorino in 2016, following the launch this year of the new Ducato.

In 2016 it will add an all-new midsize pickup, which will be sold in Europe and Latin America.

The new product is expected to fuel worldwide growth to 600,000 units, from 431,000 last year, despite no gain in European market share expected. Growth will come from Russia and Latin America, Bigland says, fueled in part by the launch of the new pickup.

Bigland spends part of his presentation highlighting gains made by the Ram pickup in North America, where since 2009 it has garnered an additional 10.6 points of market share in the U.S. and 15.1 points in Canada, mostly at the expense of Ford and General Motors.

Despite the gains, Bigland says Ram is “not happy with our market share. We think we can do better.

“We’re not standing still,” he adds. “And we will continue to make enhancements to our pickup truck.”