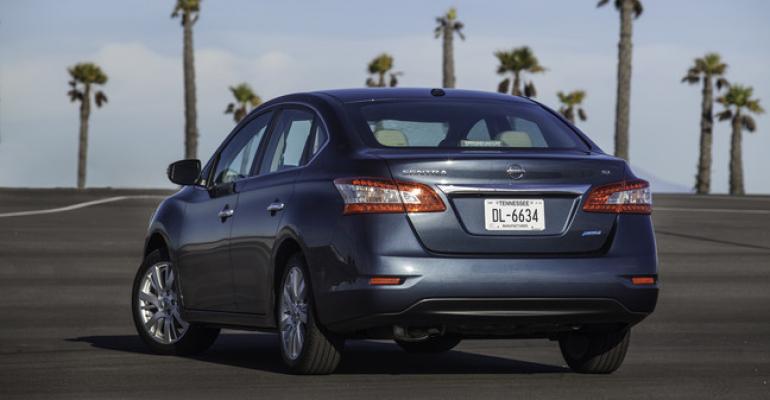 Nissan Closes in on Honda in U.S. Sales, Market Share

Growth has come from throughout Nissan&rsquo;s product range. The Altima is up 3.4% in the hotly competitive midsize sedan segment. The Murano and Rogue also are showing healthy gains, and even the Leaf electric vehicle is up 35% so far this year.

NEW YORK –With less than two months of the year remaining Nissan narrows the gap between itself and Honda. Only about 74,000 units separate the Japanese brands in U.S. sales totals through Oct. 31.

“It would be nice (to pass Honda in sales), but it’s not something we’re focused on,” Derrick Hatami, Nissan vice president-sales tells WardsAuto. “We remain focused on our business objectives and hitting our targets in a profitable and sustainable way. We aren’t going to change our strategy just to sell more cars than Honda, or another brand.”

Hatami doesn’t doesn’t think passing Honda in sales will happen this year. “But I think we’ll continue to narrow the gap,” he says. “We want profitable growth.”

“We’ve had a lot of gains and picked up a full point of market share from Honda this year,” Hatami says.

Chances of Nissan’s momentum continuing should be good because it is scheduled to introduce new Maxima, Murano and Titan models. The Sentra, which traditionally has trailed the Honda Civic and Toyota Corolla in sales, has seen deliveries jump 44.7%.

Growth has come from throughout Nissan’s product range. The Altima is up 3.4% in the hotly competitive midsize sedan segment. The Murano and Rogue also are showing healthy gains.

“Nissan has the most diverse cultural customer body,” Hatami notes. “We want to grow that.” Nissan sales are divided 50-50 by gender.

Even the Leaf electric vehicle is up 35% so far this year. It’s the top-selling EV at the moment with monthly sales of about 3,000 units, up about 50% from 2013. Nissan is working on the second-generation Leaf now, but the timing for its debut is in flux.

Nissan plans to introduce the second-generation Leaf in 2017, according to a WardsAuto forecast. Among the improvements being considered is a bigger battery pack designed to improve cruising range.

Hatami predicts more EVs will enter the marketplace because tightening fuel-economy standards will require introduction of more zero-emissions vehicles, but he declines to say what EV volume eventually will be for Nissan.

The Leaf is important to the brand because 85% of the EV’s buyers are conquests, Hatami says. “It gives us the opportunity to introduce them to the entire Nissan portfolio and further cement our position as the leader in electric-vehicle technology.”

The Titan, Pathfinder and Armada have lost sales in 2014, although Hatami claims the Pathfinder is doing quite well considering deliveries in 2013 surged 108% over 2012. “We’ve seen some pullback from that number this year, in part due to heavy competitive pressures in the segment caused by increased incentive activity,” he says.

“If you compare (year-to-date) 2014 to the first three quarters of 2012, Pathfinder increased its sales by 157% and more than doubled its segment share.”

Hatami not only wants to sell more cars but also intends to keep Nissan’s dealer network healthy. “We want to improve the customer buying experience at our dealerships,” he says. “We want to make sure our customer is being treated right.”

He notes there is one bump in the road that could slow Nissan’s and the industry’s sales: “If interest rates rise, it would be a shock to the industry.”