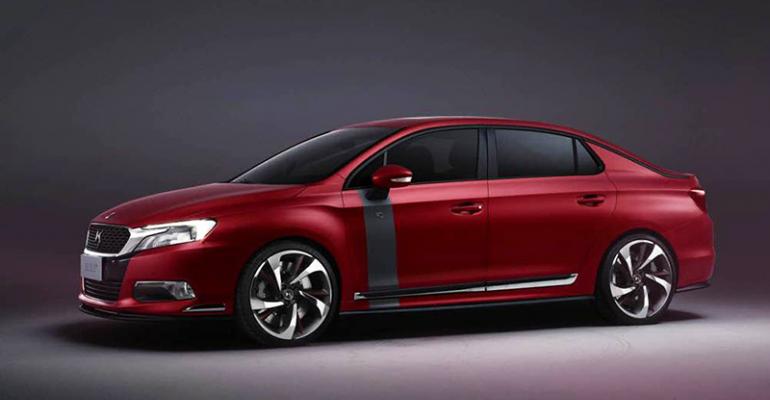 The JV is targeting the brand at the fast-growing luxury segment of the world&rsquo;s biggest automotive market.

TURIN – DS, the premium brand launched in China by the joint venture formed by Chery and Citroen, premieres a third model at this month’s 2014 Beijing auto show.

The Beijing event is significant for DS because China is the young brand’s top growth priority. Premium cars are the fastest-growing segment of the world’s largest automotive market.

The DS brand was launched in China in June 2012 with its distinctive premium positioning inspired by top-shelf French-style luxury. Less than two years later, the sales offensive is stronger than ever with a dealership network that has grown 65% in the past six months.

There are 56 so-called DS Stores in major cities including Beijing, Canton and Shenzhen. The brand’s flagship DS World opened a year ago in central Shanghai.

Sales of the DS5 launched in September, followed in March by the DS 5LS. Both are built locally at a site in Shenzhen, as will the model debuting at the Beijing show, a midsize CUV inspired by the Wild Rubis concept unveiled at last year’s Shanghai auto show.

Also to be featured at Beijing is a new concept, the DS 5LS R, a hot-blooded show car expanding on all the attributes of the DS 5LS, particularly its power and top-quality materials. It will test the market reaction with an eye toward a “special series” the JV may launch in the near future.

CUVs are in high demand in China and the brand has major expectations for the new product’s success. But in France, Citroen is low-key about the CUV, leaving it to the autonomous DS management to beat the drum for the new model. The French automaker says only that it pays the greatest attention to China.

Additionally, to mark this year’s 50th anniversary of diplomatic relations between France and China, the DS brand is looking back at its heritage by displaying the Citroen DS 19 in which the then-French president, Gen. Charles de Gaulle, survived a 1962 assassination attempt.