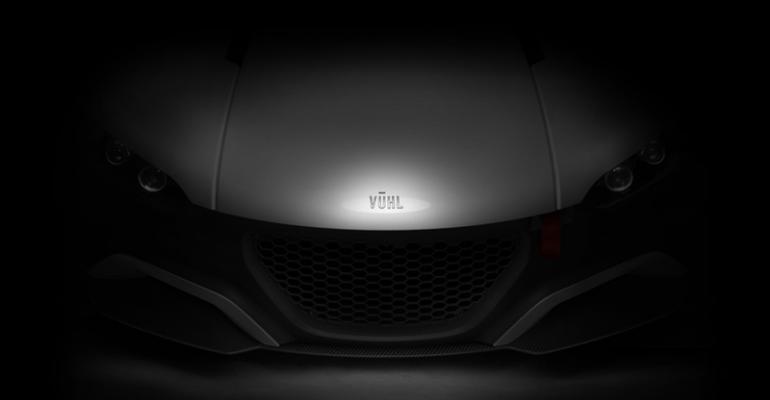 The lightweight supercar is the brainchild of design agency, Etxe. Its body will be made in Canada, but final assembly will take place in Mexico City.

But according to its maker, it soon will be the talk of the town in circles where super cars are conceived, built, sold and driven.

VŪHL 05 stands for Vehicles of Ultra- Lightweight and High-Performance, and the car is the brainchild of brothers Iker and Guillermo Echeverria, whose Mexican/American design agency, Etxe, has penned the breathtaking new model.

The VŪHL 05 is “a street-legal lightweight supercar that’s been precision-engineered for the track and endowed with exhilarating performance,” the design company says.

While the car has been a well-kept secret, its inventory of renowned suppliers and development partners reads like an international who’s who of the performance-car industry and includes Magna Steyr, Multimatic and Ford.

Bodies will be fabricated in Canada, with chassis construction and final assembly taking place at Adman Leku operations in Mexico City.

The developer’s blue-chip backers include private investors and the Mexican Government.

No details on the car’s powertrain, specifications, production targets and price have been released.

“We intend VŪHL products to be renowned for their effective simplicity and aesthetics guided by a purity of function,” Iker Echeverria says. “The 05 and its successors will also be notable for uncompromising build quality, rigorous attention to detail and a driving experience par excellence.”

The supercar is expected to make its public debut at the Goodwood Festival of Speed in the U.K. July 11-14.