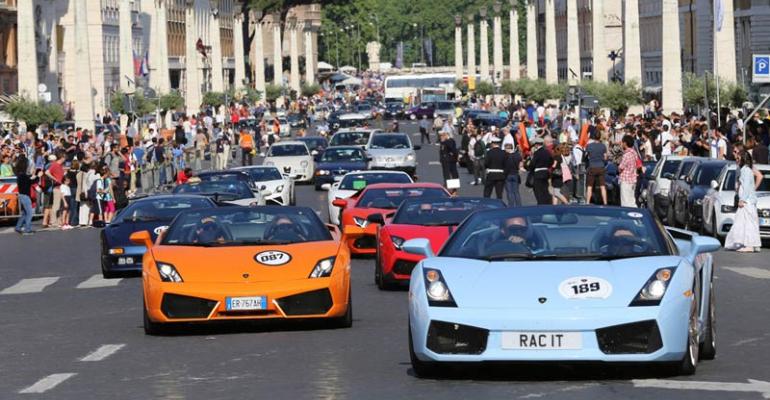 MILAN – Honoring Lamborghini on its 50th birthday, the 350 GT, 350 of the high-performance cars from around the world assemble for the Giro d’Italia (Lap of Italy), the first of three events this month showcasing classic, contemporary and futuristic supercars.

The gathering in Milan assembles 320 classic and contemporary cars from 29 countries, led by the U.K. with 71. Another 17 are from China and the model that likely came the longest way is from New Zealand.

The 4-day Giro takes the cars from Milan to Sant’Agata Bolognese, where Lamborghini is headquartered, via Rome for a 4-day festival.

In addition to the Giro, this month also will see the 1000 Miglia event held May 16-19, followed by the Concorso d’Eleganza di Villa d’Este to be held May 19 on the shore of Lake Como. The event in Bologna featured 130 cars representing all the models built by Lamborghini.

Lamborghini donates 10% of the revenues generated by sponsorships and merchandising to charity.