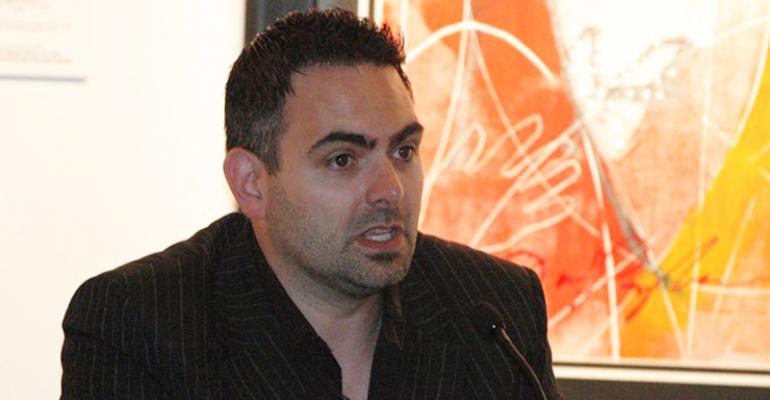 Experts agree lighting must be integrated into the design process earlier, so it complements the styling pillars of a particular vehicle program.

DEARBORN, MI – Lighting has emerged as the key weapon for auto makers seeking to differentiate their vehicle interiors from the competition, experts say, but the industry generally has not adopted a rock-solid approach to integrating the technology into the design process.

“Think of light as a medium, not as an after-effect,” Ford design executive Robert Gelardi tells the WardsAuto Interiors Conference here. “It can be a material, rather than just an add-on.”

Gelardi, a design manager on the Ford Mustang, admits to giving lighting short shrift while developing important changeovers of the iconic pony car in the previous decade. When the first generation of the retro-themed ’05 Mustang bowed, a color cluster was a significant addition and it was not until ’08 the car received ambient lighting.

“We just drilled some holes,” Gelardi acknowledges. “It was kind of an afterthought.”

It was not until the ’10 model went into development that Ford incorporated lighting ideas as early as the sketch process.

The auto maker also developed for that model-year Mustang an important interior buck, which gave designers the ability to test different lighting concepts and how light affects different materials’ colors. It has become the hottest display item to update top executives on interiors trends and to demonstrate to suppliers the direction Ford wants to take its cabins.

“It’s a very important tool for us,” Gelardi says during a conference session addressing designing with light.

But the application of lighting still has not kept pace with the technology available today, Gelardi adds. He points to the redesigned-for-’14 Mercedes S-Class coming later this year as arguably the first automobile to create an environment, which Gelardi considers the goal of future interior designs.

“It reminded me of a lit-up pool or a lounge,” he says. “The future will be creating an environment specific to the brand using light.”

The experts agree lighting must integrated into the design process earlier, so it complements the styling pillars of a particular vehicle program.

“Only until recently has interior lighting been approached holistically,” says Mark West, chair of transportation design at the College for Creative Studies in Detroit.

For example, an increasingly popular application of cascading light projects “stars” onto the vehicle’s interior roof to create a night sky. Down the road, he sees lighting combining with remote starters to alert drivers when their interior reaches a desired temperature, or matching lighting with particular music or a holiday.

Such advances, Lietaert warns, will not come for free. “But we can achieve some scale effect,” he says, noting Hella lighting technology can accommodate a single color or an infinite variation from the same control unit.

Michael Godwin, director-Visible LED Products at Osram Opto Semiconductors, says future interior-lighting executions will play with conditions related to spectrum, time, spatial awareness and distribution, or how light is delivered to a certain area. “There’s a lot left to the imagination of the designer,” he says.

However, Godwin warns OEMs to make well-reasoned decisions over how they apply lighting to the interior. “You could destroy a brand with one bad execution,” he says.