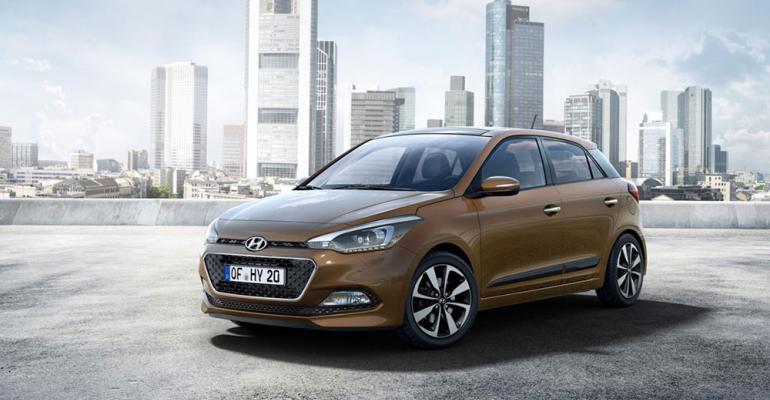 Hyundai Set Sights on Style in New-Generation i20

Renderings released by the European Design Studio show the i20 shedding its conservative design in favor of a more sporty, sophisticated look.

TURIN – Hyundai releases renderings of its restyled i20 subcompact soon to debut at the Paris auto show that point to a stronger focus on style.

The first-generation i20 launched in 2008 and was followed by a facelifted version in 2012. The B-segment hatchback achieved 422,930 registrations last year in Europe, good for a 3.4% share of the new-car market. But Hyundai Europe believes the model’s high money-for-value factor can push demand to the 500,000-units-per-year capacity at its plants in the Czech Republic and Turkey.

Hyundai has made substantial investments in improving the i20’s brand awareness by challenging direct rivals such as the Ford Fiesta, Volkswagen Polo and Citroen DS3 for the World Rally Championship, earning high scores in its first year of competition. But its conservative styling has failed to earn the fashionable images shared by its main European competitors.

A preliminary look at the renderings released by the European Design Studio shows the i20 has shed its conservative design in favor of the more sporty, sophisticated look of the new Genesis sedan. The 3-door version likely will come in high-performance configurations, further distancing the new i20 from the family-oriented first generation.