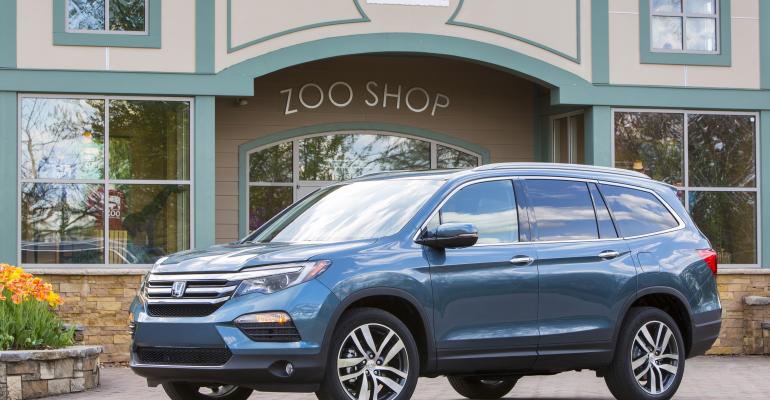 DETROIT – If new product equals market share – and financial analysts at Bank of America Merrill Lynch say history proves that to be the case, then watch out for Honda over the next four years in the U.S.

The Japan-based automaker has the most aggressive replacement cycle in the works, planning to replace 96% of its lineup with all-new product between now and the ’19 model year, says John Murphy, research analyst at the investment firm and author of its annual “Car Wars” report, which assesses product replacement cycles for automakers in the U.S.

Evaluating the pace of product development “is key to analyzing the auto industry,” Murphy tells the Automotive Press Assn. here in explaining the basis for the BofA Merrill Lynch study, now in its 25th year. “At the end of the day, it’s product that matters.”

In looking at track records over the past two decades, it’s clear that low average product-replacement rates translate into market-share losses and vice versa, Murphy says, meaning Honda has one of the best chances to pick up market share between now and ʼ19 and Nissan, Hyundai and Kia the least.

Honda’s potential gains likely would come at the expense of the European and Korean brands, which as groups are set to replace 71% and 70% of their lineups over the 4-year period beginning ’16, well below the industry average of 80%.

General Motors also falls slightly below the industry bogey, at 79%, but Murphy says the automaker will be replacing some of its already-strong CUVs in ’17 and fullsize pickups in ’19, so it should be able to retain share even while it increases prices and profitability.

“This is the first time (a product) will lap itself at GM,” the analyst says of the impending CUVs.

The recent rollout of midsize pickups means GM also is one of the few automakers seen expanding the breadth of its lineup out to ’19, a key factor for retaining or increasing market share.

“So GM is the leader in (filling new) white space,” he says. “Surprising, isn’t it?”

Right behind Honda on the replacement-cycle list is FCA US, set to revamp 89% of its lineup by ’19. Reports this week that FCA is delaying some product programs shouldn’t change the 4-year outlook for the automaker, still expected to launch its new minivan in ’17 and new Ram pickup and Wrangler SUV in ’18.

Murphy predicts FCA’s plans will allow it to maintain market share, but he doesn’t believe the company will achieve aggressive gains it targeted a year ago, when forecast a growth in volume for the Chrysler brand to 800,000 units annually in 2018, from 350,000 in 2013.

Also outpacing the industry average on product cycle are Toyota (85%) and Ford (82%), though the latter is expected to have a couple of lean years before stepping up the new-vehicle-launch pace in ’18 and ’19.

Industrywide, Murphy says an average of 48 new models will debut annually between ’16 and ’19, with a peak of 57 introductions in ’19. That equates to about 16% of the vehicles on the road annually during the 4-year period and a high of 24% in ’19.

In ’19, vehicles on the showroom floor will average 2.1 years in age, down from 3.0 this year and representing the youngest stable since at least 1996.

All this new product will make for a highly competitive industry, but Murphy does not expect incentive activity to increase markedly as automakers look to maintain market shares. That’s primarily because BofA Merrill Lynch predicts U.S. sales will continue to grow toward 20 million units annually in 2018, a forecast Murphy calls somewhat conservative.

Chrysler to Replace Dodge in Volume Segments
May 06, 2014