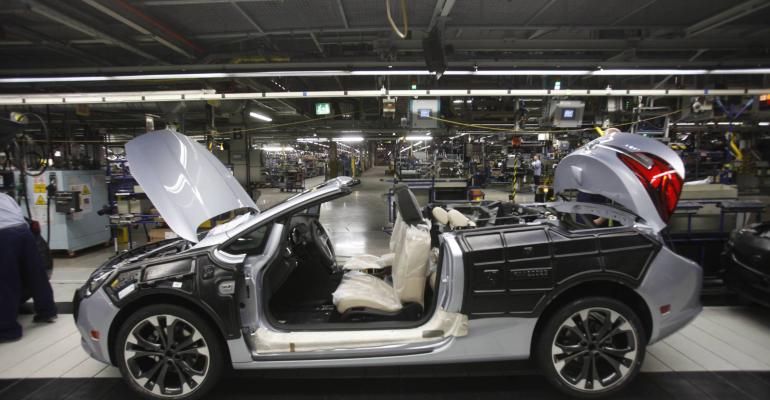 The Polish facility will export a car to the U.S. for the first time since its inauguration in 1998.

VIENNA – Volume production of the Buick Cascada convertible is under way at the General Motors Mfg. Poland plant in Gliwice.

The 4-passenger Cascada convertible is powered by a 200-hp, 1.6L turbocharged 4-cyl., mated to a 6-speed automatic transmission.

GM unveiled the Opel/Vauxhall Cascada at the Paris auto show in October 2013, while the Buick version bowed at the North American International Auto Show in Detroit last January.

Volume production of the European Cascada started in Gliwice in February 2013. Output of a Holden-badged version destined for Australia and New Zealand was added in February 2015.

With the Buick Cascada, GM’s Polish facility will export a car to the U.S. for the first time since its inauguration in 1998. The ’16 Cascada goes on sale in early 2016.

The main product of the Gliwice plant is the Opel/Vauxhall Astra. A Holden Astra also is made in Poland. In addition to previous-generation Astra versions, the Polish facility launched volume production of the new-generation Astra 5-door hatchback in September.

The Cascada shares the assembly line with Astra models but leaves the main line for installation of convertible-specific components, mainly the soft top sourced from Magna’s Polish factory.

The utilization of the plant’s capacity is expected to be close to 90% in 2016, Plant Manager Andrzej Korpak told Polish website WNP earlier this year.

The factory’s maximum capacity is about 207,000 vehicles on three shifts.