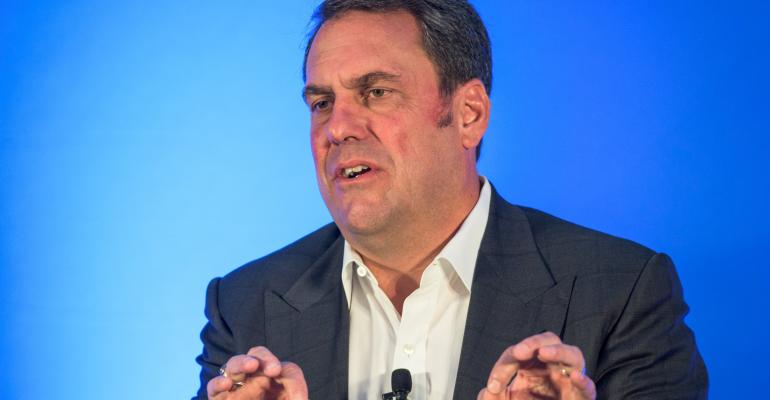 Lighter vehicles are more fuel efficient, and the mass savings pave the way for adding technologies such as battery propulsion and autonomous-driving hardware in the future, GM&rsquo;s Mark Reuss says.

“Not only are we saving billions, we have a robust plan to reinvest that savings in the future of the company,” GM’s product development chief tells Wall Street analysts at the automaker’s proving grounds here.

Mass reduction in places customers do not see or feel plays a key role in the strategy, Reuss says. Lighter vehicles are more fuel efficient and the mass savings pave the way for adding technologies such as battery propulsion and autonomous-driving hardware in the future, he adds.

A mix of materials contributes to the mass reductions, Reuss says, pointing specifically to various steels, aluminum and composites. He says GM has used the materials in a variety of combinations over the last two years relying on a patented spot-welding approach.

An all-new resistance spot-welding process for aluminum from GM will soon allow the automaker to bond the material to steel, a longtime conundrum to using the two together. Reuss calls it a breakthrough in material manufacturing. GM will introduce the process at its Detroit-Hamtramck, MI, assembly plant on the all-new ’16 Cadillac CT6 this spring.

“We are leading the world in the ability to spot weld steel to steel, aluminum to aluminum and aluminum to steel,” Reuss says. The joining technique, he adds, allows GM to employ “precisely the correct material at precisely the right location.”

The CT6, for example, uses 11 different materials in its body. The strategy also allows the automaker to use just two parts to form a front inner pillar on the luxury sedan, whereas the ATS compact sports car introduced two years ago relied on 25 parts for the same component.

“It reduces complexity, it reduces mass and it reduces our tooling investment,” Reuss says.

The savings will help pave the way for technologies such as autonomous driving, an almost certainty for roadways around the world in the next decade and critical for any OEM to remain competitive.

Reuss admits much engineering work lies ahead to make autonomous driving a reality, such as highly sophisticated sensing technology that functions under a litany of environmental conditions and the development of artificial intelligence that predicts impending driving scenarios, driver intentions and has the ability to learn from drivers.

“The good news is we have already developed a lot of these enabling technologies,” Reuss says, noting items such as lane-keep assist already appear on GM vehicles.

Next year, GM will roll out a fleet of autonomous Volts to shuttle its engineers and scientists around the automaker’s Warren, MI, R&D campus where much of the work on self-driving cars occurs.

But as far automakers such as GM have come with autonomy, it likely will require additional new partnerships and perhaps even acquisitions to move the ball across the goal line.

“Between our capabilities on autonomy and their corporate expertise, we can get there much more quickly,” he says. “We are in very detailed discussions with potential partners.”

Mass reduction also serves as a key pillar in GM’s plan to more broadly deploy electrified vehicles in developed markets, but especially emerging ones, Reuss adds. Lightweight cars extend the range of both BEVs and FCEVs.

“And both technologies have potential for non-automotive applications that represent business opportunities for General Motors,” he says.

But the industry’s BEV rollout still confronts the hurdles of price, limited range, a nascent charging infrastructure and recharging times upwards of 10-12 hours. FCEVs promise easier refueling and longer range, but the hydrogen infrastructure is equally small and the technology is even pricier.

Costs are coming down, though, Reuss claims. Battery cells, for example, cost about $145 per kWh. That’s about $2,500 for the cells necessary to power the Chevy Bolt BEV GM plans to start selling in the next couple of years. By 2022, however, the cost could shrink to $100 per kWh, the automaker forecasts.

As far as FCEVs go, GM has slashed the platinum use of its hydrogen fuel cell stack, which is the engine of an FCEV, to make it a more affordable form of alternative propulsion. GM and partner Honda continue to refine the technology, eyeing a viable product in the 2020 timeframe.

“The GM-Honda partnership has been very successful, and we will be discussing plans to explore other collaborations in the near future,” Reuss says.