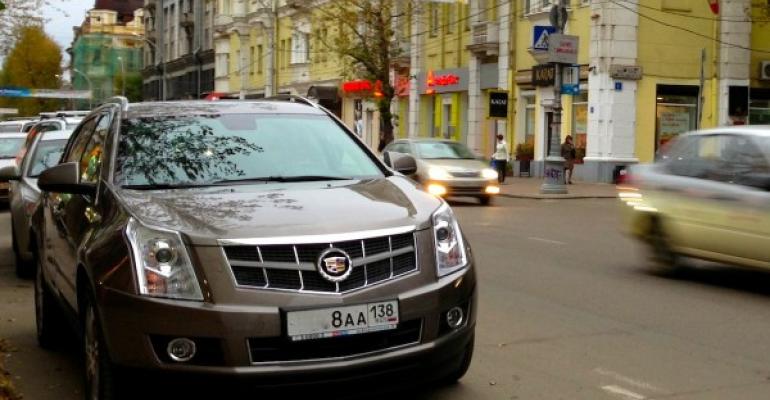 Despite the current difficulties, negotiations are expected to continue. Legal action by the dealers likely would result in the termination of service contracts by GM, potentially exposing bigger retailers with large customer bases to further losses.

ST. PETERSBURG – General Motors may face lawsuits from its former Russian dealers unhappy with the amount of compensation offered by the automaker as it withdraws from the country.

A spokesman for the Russian Ministry of Industry and Trade says the sides have failed to reach an agreement since the dealers rejected GM’s offer to compensate the dealers for developing sales facilities over a 5-year period.

Vitaly Groshenkov, commercial director of Autoworld, one of Russia’s largest dealer groups, says GM’s offer is unsatisfactory, because the retailers made investments over eight to 12 years’ time.

The dealers also say GM’s offer to compensate them only for startup costs is insufficient, as they will need to make large investments in refocusing their business. The automaker announced in March it was halting sales of Opel and most Chevrolet models in Russia while continuing to import Cadillac products, as well as the U.S.-built Chevy Corvette, Camaro and Tahoe.

Industry and Trade Ministry analysts say one of the last meetings between the two sides took place in mid-July, with dealers criticizing GM’s proposals to extend service contracts. Under one such proposal, dealers would provide half of the 20% discount on spare parts the automaker offers to consumers.

The analysts say further delays in the talks could benefit GM by giving it time to dispose of its estimated 4,500 unsold vehicles, possibly by October at the current rate of sales in Russia.

Despite the current difficulties, negotiations are expected to continue. Legal action by the dealers likely would result in the termination of service contracts by GM, potentially exposing big retailers with large customer bases to further losses.

Compensation from GM is expected to be paid out by year’s end, but the automaker’s efforts to cut its losses only have added to dealers’ resentment.  Says Vladimir Mozhenkov, president of the Association of Russian Automobile Dealers: “We believe that GM’s decision to leave Russia was mainly due to political rather than economic reasons.

“GM is supported by the U.S. government, taking into account that a part of the company’s  shares was acquired by the U.S. Treasury (since sold) at a time when the company was on the verge of bankruptcy.

“Now we hear that they are moving to such countries as Ukraine, Belarus and Uzbekistan,” Mozhenkov says. “However, no one believes that their markets are more promising than Russia.”

The automaker’s share of the Russian light-vehicle market for the year’s first six months was 5.4%, compared with 10% a year earlier.