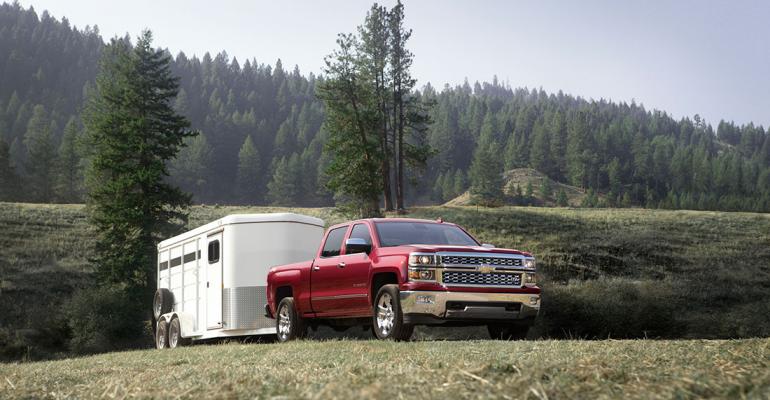 Sources tell WardsAuto the transmission likely will migrate to other truck applications as production ramps up at the automaker&rsquo;s Toledo, OH, powertrain facility.

General Motors confirms today plans to add later this year an all-new 8-speed transmission to a number of its large trucks, including the ’15 Chevrolet Silverado and GMC Sierra pickups and the GMC Yukon Denali and Yukon XL Denali SUVs, as U.S. fuel economy and carbon-dioxide emissions rules grow more strict in the coming years.

The gearbox, which many industry watchers expected last year with the launch of the redesigned large trucks, initially will mate only to models with the top-of-the-range 6.2L EcoTec3 V-8 engine.

Sources tell WardsAuto the transmission likely will migrate to those other applications as production ramps up at the automaker’s Toledo, OH, powertrain facility. GM previously announced the transmission also would be outfitted for the ’15 Chevy Corvette and Corvette Z06.

GM boasts the in-house Hydra-Matic 8L90 transmission comes in smaller and lighter package than the Hydra-Matic 6L80 gearbox it replaces. One key element contributing to the tighter packaging, the automaker says, was moving the hydraulic oil pump from the center of the unit to underneath.

The 8-speed also features a 7.0 overall gear ratio, which is a wider spread than the outgoing 6-speed. GM says it provides a numerically higher first-gear ratio to improve off-the-line performance while pulling a heavy load or trailering. Its numerically lower rear axle ratios reduce engine rpm on the highway, the automaker says, which improves fuel economy.