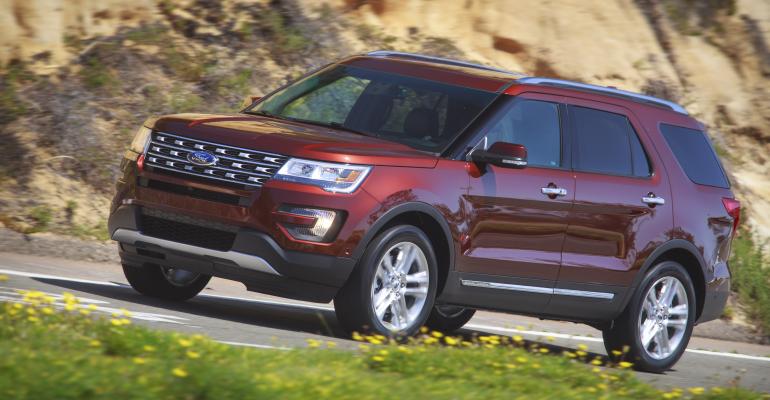 Football drew the biggest share of automotive ad dollars last week, with college football the most popular target at more than $22 million.

In this week’s Most Engaging Auto Ads, powered for WardsAuto by iSpot.tv, Ford’s new “Tough Love” spot supporting its redesigned Explorer SUV debuted atop the list at No.1.

The ad generated over 42,000 earned online views and more than 1,700 social actions to take the top spot among the five most-engaging ads (based on combined online views, social media actions and online search).

But close behind again was Mazda’s “A Driver’s Life: Driving Matters,” which can’t seem to find its way off the list. Mazda also owned the No. 4 spot with “Summer Driving,” while the Lexus “It’s Here” hoverboard ad made the list for the third week in a row. Toyota’s “Piggy Bank” clearance event ad was the only other newcomer on the list.

Automakers spent an estimated $84 million on TV ads last week, just slightly less than the previous week, airing 213 spots over 13,000 times nationally. Ford led the way with 10.7% of that total, followed by Nissan at 8.8% and Chevy close behind at 7.5%.

College football was the most popular target, drawing more than $22 million in automotive advertising, while NFL Preseason Football and College Football Countdown both also made the top five in automotive ad spending.