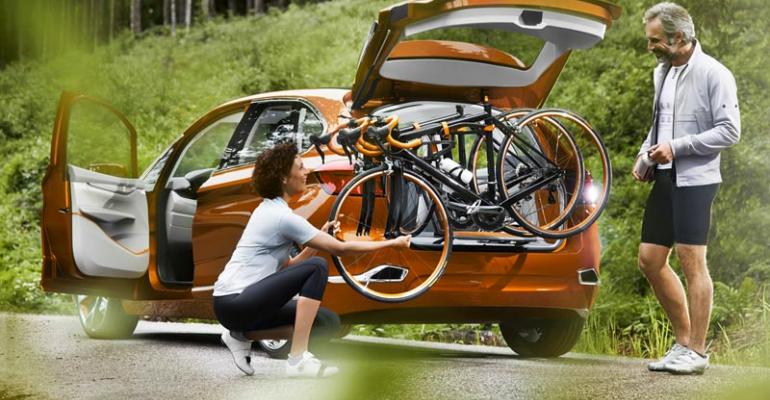 The CAT Outdoor concept, which is designed to transport two bicycles in a special carrier integrated into the rear compartment, will roll out to the public at the 2013 OutDoor Friedrichshafen (Germany) fair tomorrow.

TURIN – Sales of bicycles may be declining in China but they are sharply increasing in Europe, and more and more car owners are looking for better ways to take them along for outdoor activities or when commuting in congested cities.

Designers have been taking note of the trend, including those at BMW, which will unveil a special Outdoor edition of its Concept Active Tourer (CAT) introduced at the Paris auto show in September. The CAT concept is a precursor to BMW’s first premium multipurpose vehicle that is expected to go into production by next year and may be called the BMW 1 GT when it hits the market. 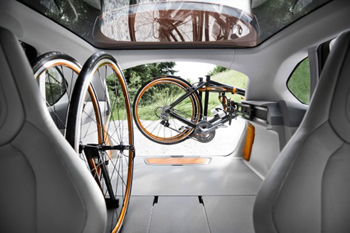 The CAT Outdoor concept, which is designed to transport two bicycles in a special carrier integrated into the rear compartment, rolls out to the public at the 2013 OutDoor Friedrichshafen (Germany) fair tomorrow.

When not in use, the carrier disappears into the side structure of the car or the cargo floor, without restricting interior space.

The concept vehicle is wider than a BMW X1 but taller and shorter in overall length. It features a compact transverse engine installation and front-wheel drive.

The powertrain is a hybrid, mating BMW’s TwinPower 1.5L 3-cyl., which drives the front axle, with an asynchronous electric motor that powers the rear wheels.

The lithium-ion battery pack, tucked away below the cargo floor, provides an electric-only range of 19 miles (30 km) in optimal conditions. The combination of two powerplants is said to deliver a total of 190 hp and a top speed of 125 mph (200 km/h), with fuel consumption of 113 mpg (2.5 L/ 100 km) and carbon-dioxide emissions below 60 g/km.