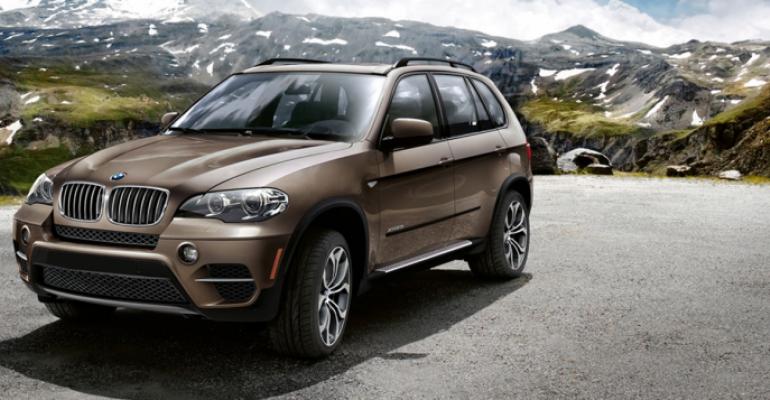 The German auto maker is negotiating with the government on the joint assembly of up to 50,000 cars annually at partner Avtotor&rsquo;s Kaliningrad plant. The project includes local tie-ups with suppliers Magna, Johnson Controls and Lear.

MOSCOW – German luxury-car maker BMW is accelerating its Russian expansion with plans to double its production capacity and increase its level of localization to 48% in return for additional benefits and guarantees from the Russian government.

BMW, together with its partner Avtotor, Russia's second-largest volume auto maker, is conducting negotiations with the government on the joint assembly of up to 50,000 cars annually at Avtotor’s Kaliningrad plant.

BMW considers it important to have guarantees that custom-duty reductions remain in effect, even if other potential participants do not adhere to the terms concluded with Avtotor. The auto maker also wants compensation for logistics costs and duty-free imports for its own cars.

Total investment in the project is estimated at RR15.7 billion ($500 million). In addition to boosting capacity, BMW and Avtotor are planning new welding and painting facilities through local joint ventures with Magna, Johnson Controls and Lear, as well as a new test facility.

Sources close to the negotiations say Frank-Peter Arndt, BMW’s senior vice president, recently met with representatives of the Russian Ministry of Economic Development to discuss the final parameters of the project.

Avtotor Chairman Valery Gorbunov says he expects to sign final agreements with BMW by the end of the year.

As part of the new project, BMW wants to produce nearly its entire range in Russia, including  1-, 3-, 5- and 7-Series sedans and X1, X3, X5, X6 cross/utility vehicles. There also are plans to launch production of the Mini.

Analysts at VTB Capital, one of Russia’s leading auto-industry analytical firms, believe BMW has chosen the right time to hike production and localization as market demand continues to grow for its cars. Through October, the auto maker sold close to 30,000 units, up 34% from year-ago.

Additionally, state agencies prefer to buy BMW cars over other premium brands that are not locally built, such as Mercedes-Benz and Audi.

This year, BMW will manufacture more than 20,000 cars here, compared with 17,000 in 2011. The increasedcooperation with Avtotor means the German auto maker does not plan to construct its own 80,000-unit annual-capacity plant in the country, which it had been considering.

Analysts believe the government likely will approve all of BMW’s conditions, taking into account that in recent years the Russian state significantly has accelerated its efforts to increase investments in the national auto market.

The only obstacle could be the relatively small production increase in return for the additional benefits. But due to BMW’s premium status and good relations with the Russian government, a final deal is expected to be signed within the next several weeks.

If everything goes ahead, the 48% localization level will be among the highest in the Russian auto industry. Renault says its locally built Logan has 54%-55% local parts and is targeting 75% by 2013.

However, analysts at the Russian Ministry of Economic Development say the country’s auto industry lags behind other developing markets when it comes to localization. But that’s expected to change as global auto makers seek to strengthen their positions in the promising Russian market in order to qualify for state benefits.

Those already assembling here that have signed the goverment's "New Decree 166" are actively preparing for 2018, when localization requirements will jump from the current 30% to 60% in return for the abolishment of duties on imports of auto parts to the country.

European Auto Makers Brace for Another Tough Year Ahead
Oct 23, 2012