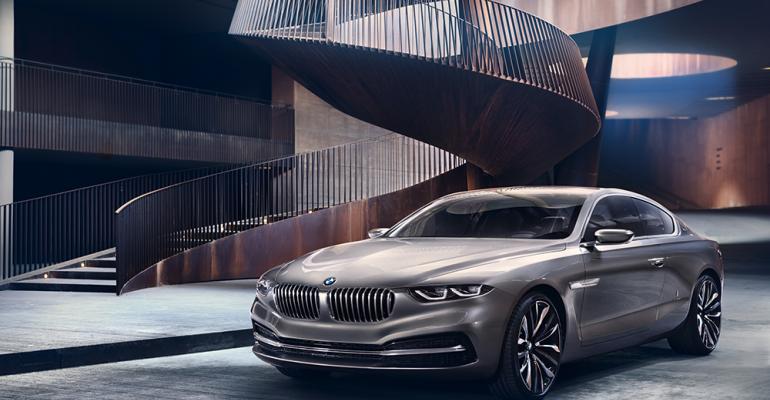 The new sedan will position above the 7-Series and below the Rolls-Royce Ghost from BMW&rsquo;s ultra-luxury brand.

TURIN – BMW will take the wraps off its next over-the-top flagship model, dubbed the 9-Series by the media, at the Beijing auto show April 20, German magazine Auto Motor und Sport reports.

An official announcement from BMW is expected in the next few days or possibly sooner.

The new model will position above the 7-Series and below the Rolls-Royce Ghost from BMW’s ultra-luxury brand. The 4-door sedan’s styling is expected to mark an evolution from the Gran Lusso Coupe concept, designed by Pininfarina and shown last May at the Concorso d’Eleganza at Villa d’Este in Italy.

BMW engineers say there will be an emphasis on weight reduction, as well, with extensive use of aluminum and carbon fiber. The new architecture may be shared with a smaller Rolls-Royce to come. Availability of a hybrid powertrain is likely.

A 2-door model could be added later, primarily aimed at the U.S. market.