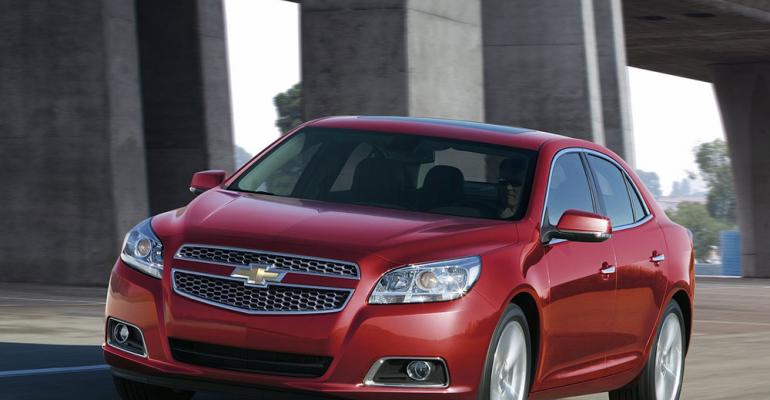 &ldquo;It&rsquo;s becoming a bigger go-to-market strategy in automotive, more consistent with other industries,&rdquo; GM sales-operation head Kurt McNeil says of Black Friday sales promotions. &ldquo;We think we did a nice job of going to market with a clear message.&rdquo;

General Motors posts another strong month in November, with U.S. light-vehicle sales up 9.3% daily to 212,060 units (one more selling day this year than last) on the heels of a strong Black Friday promotion.

“It’s becoming a bigger go-to-market strategy in automotive, more consistent with other industries,” GM sales-operation head Kurt McNeil says of Black Friday sales promotions. “We had a well-thought-out-and-executed event. We think we did a nice job of going to market with a clear message.

“We did not get overly aggressive from an incentive standpoint, but we took advantage of that (sales environment). There was a lot of end-of-the-month activity.”

Each of the automaker’s brands delivered a strong showing, ranging from a 7.1% gain at Cadillac to a 15.2% increase for GMC. Buick deliveries rose 9.1% on a 76.2% hike in Regal demand.

Chevrolet rode a 35.4% jump in Malibu deliveries to an 8.3% rise overall. The Cruze, up 4.1%, and Impala, climbing 15.6%, also performed well, meaning the revamped Malibu isn’t winning over buyers entirely at the expense of its stablemates.

“Chevrolet has achieved something that’s eluding many of our competitors,” McNeil says. “We have a showroom of passenger cars that play well together. The more we introduce, the better the portfolio performs.”

Although fleet sales were down overall as a result of a 13% dip in daily rental orders, commercial-fleet deliveries rose 18%, GM says. Pickups and midsize SUVs were a big part of that, McNeil notes, with commercial orders up 76% and 33%, respectively.

GM also says it has been able to increase sales without negatively impacting average transaction prices or increasing incentives overall. Officials say Malibu ATPs remain consistent, despite the sales surge in November. Transaction prices are up $3,000 on fullsize pickups, $1,000 on fullsize SUVs and $2,200 on Lambda-based midsize CUVs, McNeil says.

“Our incentive-spend compared to our ATPs – we’re under industry average,” he says. “A lot of our competitors can’t say that.”