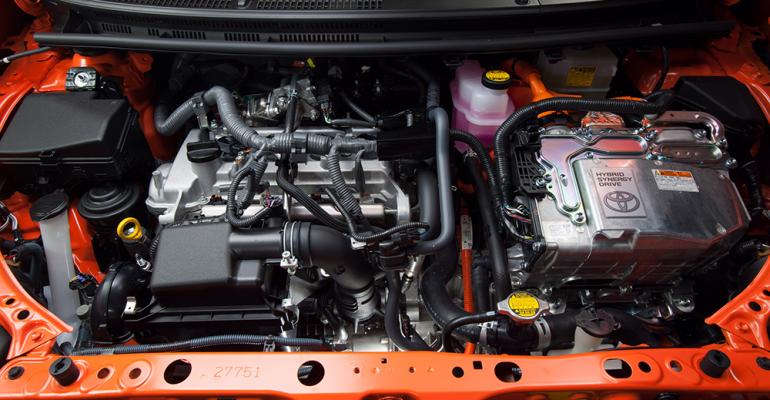 TOKYO – Nearly 1,600 exhibitors showed off their latest technologies at World Smart Energy Week 2014 held in late February in Tokyo while more than 100 representatives of the biggest names in the automotive and related energy industries offered their visions of the future of electric cars, plug-in hybrids and fuel-cell electric vehicles.

Industry analyst Hideo Takeshita predicts the market for lithium-ion batteries for hybrid and electric vehicles will grow to 1.97 million units in 2020, nearly one-third of global demand.

Takeshita, president of the market-research firm B3, predicts hybrid and EV sales will grow to 6.22 million units including 1.18 million PHEVs and 960,000 EVs.

Anissa Dehamna, a senior research analyst at Navigant Research, predicts Li-ion battery demand in the transport sector will grow to $43 billion and nearly 50 GWh in 2022, up from $3 billion and 4 GWh in 2013.

Against this backdrop, Dehamna predicts battery cost will fall to $450 per kWh in 2020 from an estimated $650/kWh at present.

Of leading hybrid and EV models, Navigant reports the battery pack for Tesla’s top-selling Model S costs $40,000, including $25,000 for cells supplied by Panasonic.

Other models cited in the consultancy's report include:

Cosmin Laslau, research analyst at Lux Research reports the “hype bubble” for EVs is over and expectations have become more reasonable. "Even though EVs and plug-in hybrids will remain niche products for the foreseeable future, they still require a large number of batteries," he says.

Shinmura predicts hybrid vehicle penetration will vary by market, approaching 40% in Japan and 10% in the U.S.

In the microhybrid segment, Suzuki reports it sold 524,000 vehicles employing its eNe-charge system through January. The technology, introduced in September 2012 on the 0.7L Wagon R, employs a high-output alternator to generate electricity from deceleration and braking.

It now is featured on 10 models including, in addition to the Wagon R, the Alto Eco, Spacia and Swift. Used in conjunction with Suzuki's start-stop technology, the Alto Eco achieves 82 mpg (2.9 L/100 km). The automaker claims eNe-charge improves fuel economy 4.2%.

Japan Out Front in Development of FCEV-Fueling Infrastructure

Kenichiro Yoshida, director-electric vehicle and advanced-technology for Japan’s Ministry of Economy, Trade and Industry, reports 50%-70% of so-called next-generation vehicles sold in the country in 2030 will be hybrids and EVs. Conventional hybrids will account for 30%-40% of volume and PHEVs and EVs, 20%-30%.

The ministry estimates fuel-cell vehicles will grow to 3% of demand. It offers no forecast for natural-gas-powered vehicles, also included in the category.

With respect to battery-charging infrastructure, the ministry plans to put 5,000 quick chargers and 2 million standard chargers in operation by 2020. An estimated 2,200 quick chargers had been installed nationwide as of December.

Daimler reports German stations will be 90 km (56 miles) apart when all 400 are up and running.

Other countries developing a hydrogen refueling infrastructure are France, Denmark, Norway, Sweden and the U.K., according to Tobe.

Toyota, Honda, BMW and Hyundai all plan to begin retail sales of fuel-cell vehicles in 2015 while Ford, Nissan and Daimler expect to follow two years later. In 2020, Honda and GM plan to introduce separate models with a jointly developed fuel-cell system.

In a separate presentation, Tokyo Gas reports powertrain efficiency of FCEVs stands at 30%, compared with 35% for EVs, 13% for conventional gasoline engines and 23% for gasoline-electric hybrids. EV range, however, is one-third shorter than for other vehicle types, all of which achieve more than 312 miles (500 km) between refuelings.

Stop-Start to Catch On Sooner Than Electric, Exec Says
Nov 14, 2012