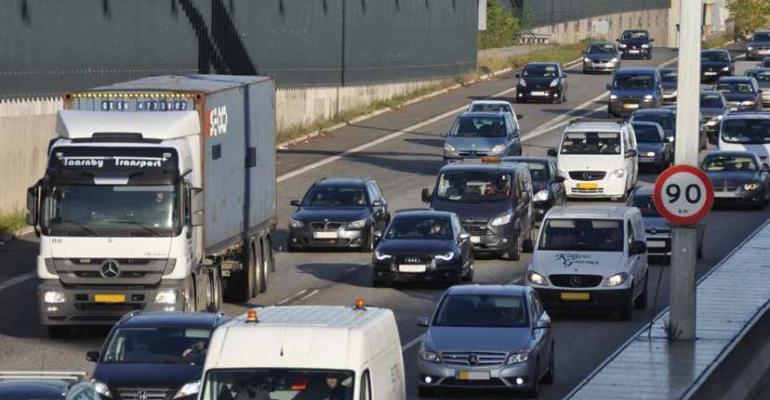 European Parliament member Albert Dess, whose Bavarian constituency is home to BMW, Audi and Lamborghini, supports improved air quality but argues: &ldquo;Car manufacturers should not be rushed into measures which form a disproportional burden for them.&rdquo;

​BRUSSELS – European automakers and influential supporters in the European Parliament are advising European Union politicians not to rush into imposing new vehicle-emissions standards.

The EU executive, the European Commission, has proposed amendments to EU rules governing how Euro 5 and Euro 6 emissions limits are applied to cars and light- and heavy-duty trucks. The EC argues the aim is to cut red tape for automakers.

One amendment would raise the upper limit for vehicles falling under light-duty emissions rules from 6,250 to 11,000 lbs. (2,840 to 5,000 kg), reducing the number of truck makes that fall on either side of the line, depending on the model. This could force manufacturers to use two different criteria to test for emissions for the same make of truck.

More controversially, to facilitate market entry of natural-gas-powered vehicles, another amendment would adapt the total hydrocarbon-emissions limit to count methane as a carbon-dioxide equivalent. Both certification and consumer information, such as on-car labels in showrooms, would be based on total CO2 and methane emissions combined.

The proposals also would remove the ammonia limit for positive-ignition (gas-fired) heavy-duty vehicles. And it would introduce nitrogen-dioxide limits within the wider oxides-of-nitrogen range and modify cold-start emissions limits.

Despite the EC’s promotion of the reforms’ potential benefits, Albert Dess, a center-right German member of the European Parliament’s environment committee, is skeptical the proposals will help the EU automotive sector.

Dess, whose Bavarian constituency is home to BMW and Volkswagen-owned Audi and Lamborghini, says in a report he welcomes measures within the proposal to improve air quality but argues: “Car manufacturers should not be rushed into measures which form a disproportional burden for them. We should be aware that the industry is currently still struggling to overcome the recent economic crisis and that extra costs and red tape should be kept at a minimum.”

Dess, who is coordinating the environment committee’s amendments to the legislation, wants the EU to increase the cutoff for commercial vehicles to 16,500 lbs. (7,500 kg) before they have to comply with heavy-duty-vehicle emissions rules.

ACEA also is critical of the changes. A spokeswoman for the European automakers group tells WardsAuto the EC’s impact assessment “bears little relation to the content of the actual proposal.”

ACEA also doubts whether the proposal would reduce red tape. “As the impact assessment on this proposal failed to properly assess policy options, costs or impacts, the extent to which the bureaucratic burden will increase is hard to gauge. It will not make things easier,” the spokeswoman says.

The revised standards in general would break from both the EU’s pro-automotive industrial policy called CARS21 and EU principles backing “smart regulation,” the spokeswoman says.

Automakers also are critical of the methane provisions, which Dess is attempting to delete from the proposal.

“The principle of CO2 equivalency is not compatible with current system of CO2 measurement, established CO2 targets and CO2 monitoring,” the ACEA spokeswoman says. “The inclusion of such measures as CO2 equivalency of methane would only serve to confuse customers, as well as raise costs for consumers in the EU countries that have CO2-based vehicle-taxation schemes.”

The automakers group also contests the EC claim that counting methane could boost the rollout of natural-gas vehicles. “The proposal is of no consequence to new gas-vehicle manufacturers that have invested and meet the regulations as they are,” the spokeswoman says.

However, both Dess and ACEA back what the spokeswoman calls “a long overdue proposal” to remove the ammonia limit for heavy-duty vehicles, noting most of Europe’s fleet is diesel. Keeping the limit for positive-ignition heavy trucks would require expensive emissions-abatement systems and prevent alternative-fuel technologies such as liquid petroleum gas and natural gas from becoming economically viable.

The parliament’s environment committee on May 6 discussed the proposals and Dess’s report with members split on methane. Despite having no direct human health impact, some members noted methane has a global warming effect 22 times greater than CO2. But German liberal member Gessine Meissner stressed natural-gas vehicles’ share of sales is tiny and now is not the time to start counting methane emissions, if the aim is to boost the market.

“We should include methane at some stage, but I don’t think we should do that now,” she says.

On other pollutants, some MEPs backed Dess’s cautious line, while others cited the health problems caused by motor-vehicle pollution and called for tougher action on limiting auto emissions.

Dutch liberal Gerben-Jan Gerbrandy says he was surprised by the warnings about the impact on the car industry. “I can see that history is repeating itself – we always see the car industry cry wolf,” he says, referring to warnings that preceded Europe’s tightening of CO2 emissions limits, which many automakers met ahead of time.

Amendments passed by the committee will be voted upon by the full parliament, whose version of legislation in turn must be backed by the EU Council of Ministers, representing the bloc’s 28 member states, for the reforms to become law.