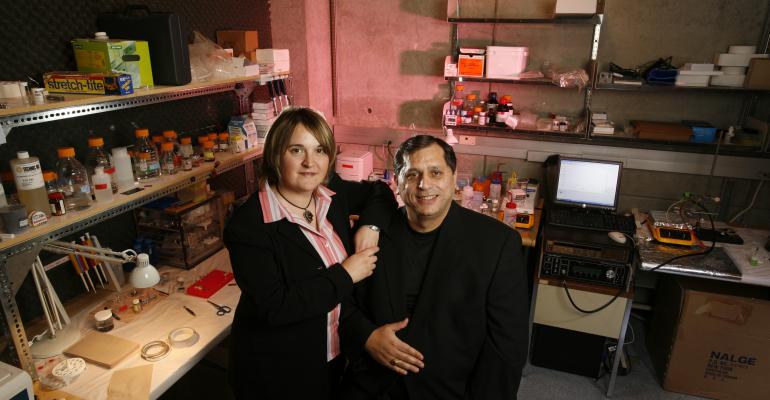 Fossils Could Be Key to Future Li-ion EV Batteries

&ldquo;To improve the adoption of EVs, we need much better batteries,&rdquo; says researcher Mihri Ozkan of the University of California-Riverside. &ldquo;We believe diatomaceous earth, which is abundant and inexpensive, could be another sustainable source of silicon for battery anodes.&rdquo;

Researchers at U-C Riverside’s Bourns College of Engineering have developed an inexpensive, energy-efficient way to create the anodes they say could lead to the development of ultra-high-capacity Li-ion batteries for electric vehicles and portable electronics.

Graphite is the material of choice for most anodes, but its performance is a limiting factor in making better batteries and expanding their applications.

Silicon, which can store about 10 times more energy, is being developed as an alternative anode material, but its production through the traditional method, called carbothermic reduction, is expensive and energy-intensive.

“A significant finding in our research was the preservation of the diatom cell walls – structures known as frustules – creating a highly porous anode that allows easy access for the electrolyte,” Cengiz Ozkan says in a statement.

The research, described in a paper published in the journal Scientific Reports, is the latest in a series of projects led by Mihri and Cengiz Ozkan to create Li-ion battery anodes from environmentally friendly materials.

Previous research has looked at developing and testing anodes from portabella mushrooms and beach sand.

Mihri Ozkan says EV batteries are expensive and need to be charged frequently, which causes anxiety for consumers and curtailed sales of the vehicles.

“To improve the adoption of EVs, we need much better batteries,” he says. “We believe diatomaceous earth, which is abundant and inexpensive, could be another sustainable source of silicon for battery anodes.”

Researchers Develop Tool to Detect Flaws in Li-ion Batteries During Production Process
May 16, 2013