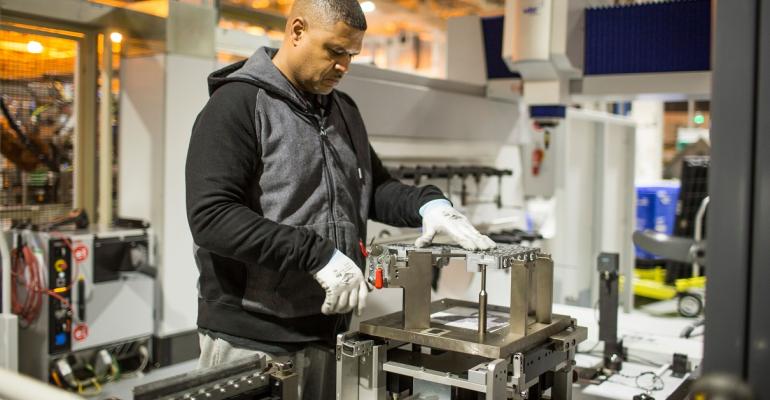 Start Slideshow ›
In the span of five years, Ford has invested $1.8 billion in a plant that opened in 1952 and now is one of the largest transmission producers in the world. Volume reached 1.5 million 6-, 8- and 10-speed transmissions last year and is expected to reach 2 million units this year.

Ford hosted a tour this week of its Livonia, MI, transmission plant as part of the Manufacturing in America conference hosted in Detroit by Siemens for 3,200 people across multiple industries.

The plant builds a transmission every 2.5 minutes five days a week on multiple shifts. It employs 200 salaried and 2,300 hourly workers, up from 800 in 2010, when the plant was still producing 4-speed automatics. Three new manufacturing systems have been launched, and productivity is up 12% since 2014.

Headcount will grow 25% (about 500 hourly workers) by the end of this year with the launch of another 10-speed automatic and MK2 hybrid transmission for the Ford Explorer.

Since 2017, computer-aided engineering has been expanded well beyond castings to include machining, and assembly operations are simulated, in some cases with virtual reality tools, to ensure proper kinematics and ergonomics for operators.