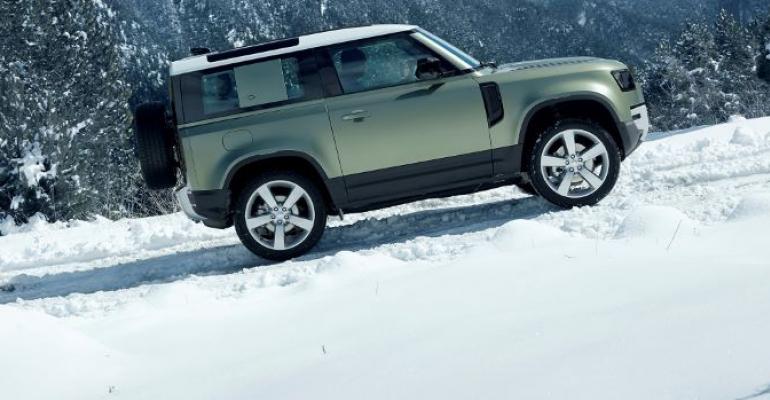 The new Defender, which last appeared in the U.S. 22 years ago but has lived on in memories of diehard fans who loved the vehicle’s squared-off look, has been crafted to appeal to both off-roaders and everyday buyers, JLR marketing director Finbar McFall says.

LOS ANGELES – Jaguar Land Rover is pushing ahead with the revival of one of its historic nameplates, Defender, in a package that both pays homage to the past and includes 21st-century technological features.

The ’20 Land Rover Defender makes its North American debut at the Los Angeles auto show ahead of its launch in the U.S. market next spring, with JLR calling it the most off-road-capable Land Rover vehicle ever while staying true to the brand’s design heritage and reputation for go-anywhere utility.

The new Defender, a vehicle that last appeared in the U.S. 22 years ago but has lived on in memories of diehard fans who loved the vehicle’s squared-off look, has been crafted to appeal to both off-roaders and everyday buyers, JLR marketing director Finbar McFall says.

Gerry McGovern, design director for Land Rover, says the upright design of the first vehicles to carry the Defender name 70 years ago has been reshaped by a design language first used for the Range Rover Velar in 2017. “It’s a simple shape. Modernity is a philosophy of reduction,” McGovern says.

The same philosophy carries through to the short overhangs at the front and rear and the simple, geometric shapes used for headlamps and taillamps. Everything about the Defender’s design is aimed at bestowing the vehicle with a sense of what designers call quiet confidence, from its purposeful stance to its clean surfaces, he says.

The Defender is equipped with Land Rover’s most intuitive technologies to date to ensure convenience, connectivity and visibility from the driver’s seat. The interior (pictured below in European trim) is made for functionality and hard wear with features such as rubber floor mats. 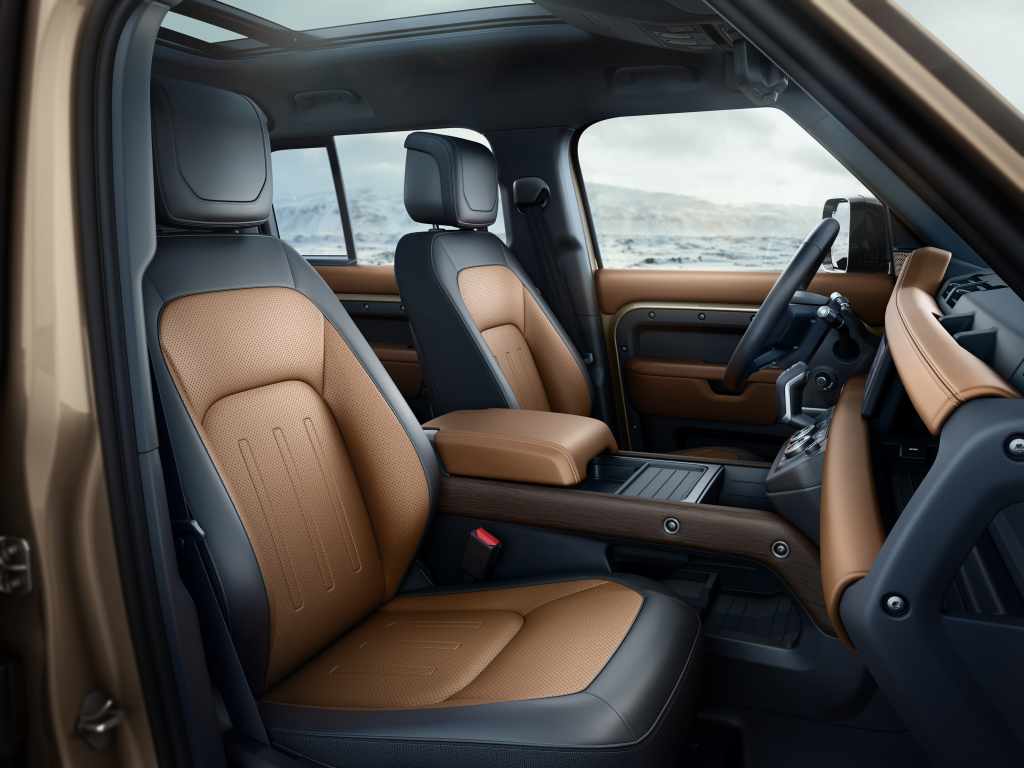 Marc Wilson, director of Land Rover engineering, says the new Defender “was tested to the extreme” to make sure it was the most rugged and capable vehicle, both on- and off-road, ever built by the automaker. It can climb a 45-degree slope thanks to an additional set of lower gears and draws extra power from an all-new electrical system anchored by a 48V battery, he says.

The Defender has 11.5 ins. (292 mm) of ground clearance for off-road travel, which is enhanced by the vehicle’s overall geometry, including a 110-degree approach angle and a breakover of up to 40 degrees. The Defender is built for 35.4 ins. (899 mm) of wading depth, and a wade program in the terrain-regulated settings allows the driver to ford a river with confidence.

All-wheel drive, a 2-speed transfer case, electronic active differential and a larger tire family give the Defender sure footing both on- and off-road, Land Rover engineers say.

Owners will be able to customize their Defenders with some 170 accessories such as ladders and roof racks. 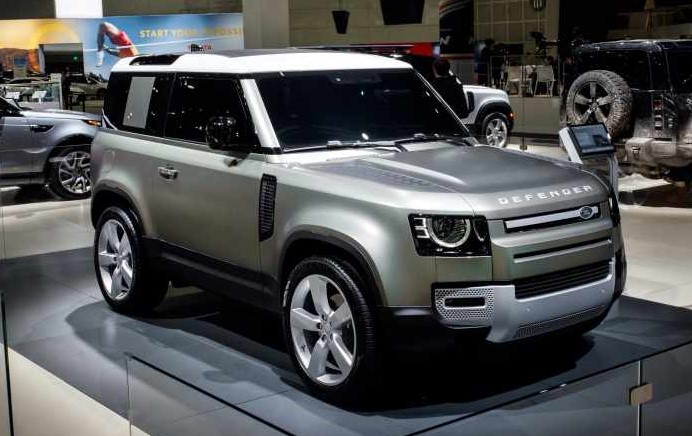