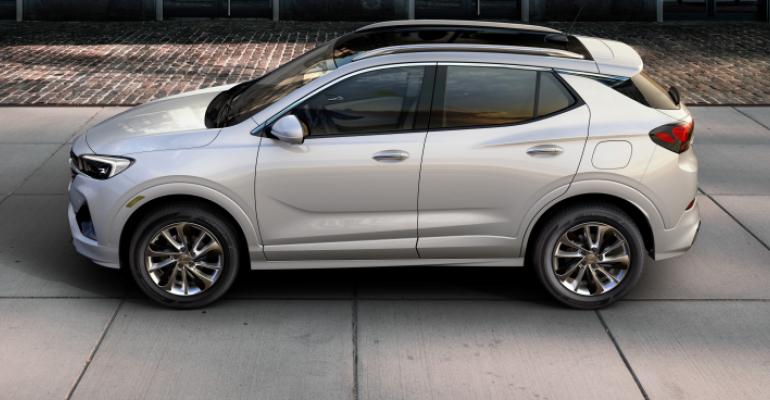 LOS ANGELES – Buick continues to solidify its position as a utility-vehicle brand with the introduction of the Encore GX, which General Motors describes as an “entry compact” CUV.

GM in September started its campaign to grow Buick as a premium CUV brand in 2020 by adding vehicles in perceived “white spaces,” Brook says.

The Encore GX is the fourth CUV in Buick’s lineup. Its three other models – the Encore, Envision and Enclave – represent 90% of the brand’s sales in the U.S.

The Encore GX, filling the gap between the Encore and Envision, is “closer to the Envision than an Encore,” being wider, longer and more spacious, Buick marketing director Sam Russell says.

The “GX” addition to the name originated in China, where GX is the acronym used for Grand Crossover, he adds.

GM will manufacture the Encore GX in Korea. It manufacturers a China-only model in China, Russell says.

The Encore GX for the U.S. market includes a safety package usually only seen in the upper end of the compact segment, Brook says. Lane-keep assist and lane-departure warning, automatic emergency braking, forward collision alert and front pedestrian braking are standard on the GX. 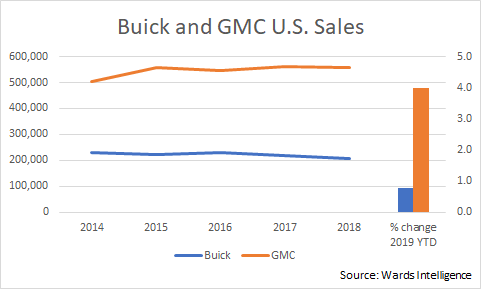 It also is the first Buick model to offer Google’s Alexa voice-activated assistant integrated into the vehicle, so no mobile phone is required. If you do want to pair your phone, however, Bluetooth will allow up to two phones to be paired at the same time.

It comes with a standard 1.2L turbo or optional 1.3L turbo engine delivering 155 hp and 174 lb.-ft. (236 Nm) of torque. Both front-wheel-drive models have a standard CVT. In all-wheel-drive versions, the 1.3L will be paired with a 9-speed automatic transmission.

The Encore GX will be available in early 2020.

Bringing in Different Kind of Customer

Its Denali luxury sub-brand has been especially successful: 30% of all GMC vehicles sold are Denali, and the average transaction price is $54,901, slightly less than Mercedes-Benz’ $55,542 but more than Jaguar’s $51,567, he says.

In 2018, with the launch of the Sierra AT4 ('20 model pictured below), GMC introduced the AT4 sub-brand, a premium off-road trim level. GMC currently offers three AT4 models with more on the way, Brook says.

“We are seeing different customers” buy the AT4, he says. They are affluent, active and “a bit younger than we originally thought.”

They also are buying heavily contented models – they “tick every box in terms of options,” Brook notes.

Sierra Light Duty retail sales are up more than 21% year-to-date, Brook says, while the Sierra heavy-duty had the best third quarter in 13 years, with the highest Denali penetration among GMC models at 63%. Of Sierra HD sales, 88% are Denali or AT4 Crew trim levels, he says. 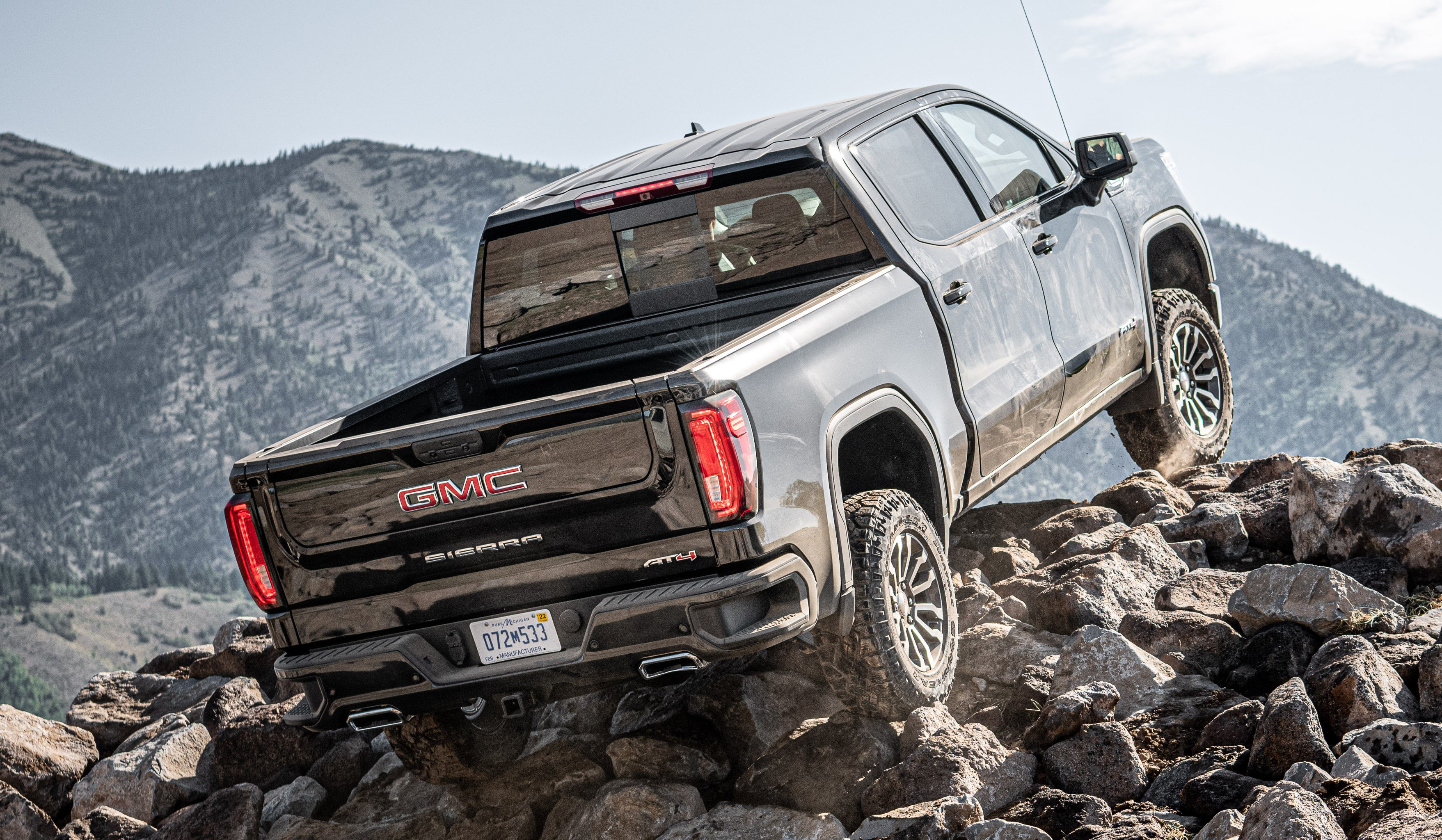