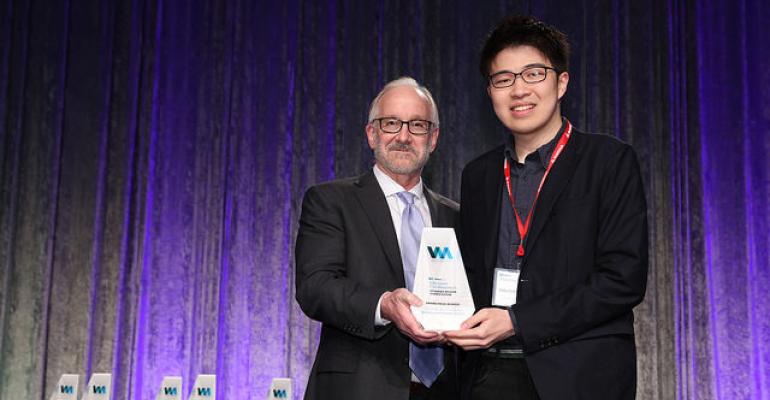 The assignment was to create a vehicle interior for a sports car that is distinctive, fun to drive on the track or open road, but also has autonomous capabilities for city commuting.&nbsp;

Innovative vehicle interiors were the focus of the 2016 WardsAuto Interiors Conference and a special part of the agenda recognized winners of an annual design competition among transportation design students at the College for Creative Studies in Detroit, which has trained many of the auto industry’s top designers.

The competition started in January as part of a 15-week senior-level class sponsored by WardsAuto and interior suppliers Lear and IAC.

The assignment was to create a vehicle interior for a sports car that is distinctive, fun to drive on the track or open road, but also has autonomous capabilities for city commuting. Approximate production date: 2030.

The students also were asked to place a special focus on parents sharing the joy of driving with their children in all driving modes.

They responded by creating numerous ways to make time spent in autonomous mode exciting, including using gaming and simulator technology to allow drivers and passengers to race each other in virtual reality even when they actually are stuck in traffic.

Takashi Kumamoto was awarded the grand prize trophy at the conference, in front of an audience of 600 automotive designers and engineers, for his Lexus design featuring an instrument panel and cluster with holographic instrumentation and gauges.

Josh (Gwon Young) Kim won the Lear Innovation Award with a beautifully drawn Bugatti concept built around an innovative center console made from wispy but super-strong touch-sensitive textiles. The Lear Innovation Award is given to the student whose work includes specific design or technical innovation the judges deem particularly inspired and forward-thinking.

The class started in January when students visited the North American International Auto Show with Brian Stoeckel, the class instructor. Stoeckel, who is a designer at General Motors, asked the students to look at today’s sports cars that have strong brands and distinctive personalities for inspiration, from Chevy Corvettes and Ford Mustangs to Maseratis and BMWs. The students then worked through March developing and refining their concepts, with WardsAuto stopping by several times to check on their progress.

Five finalists were announced in April during the 2016 SAE World Congress. Their work, along with that of their fellow students, was on display at the conference.

Young-Joon Suh impressed the judges with a meticulously detailed design featuring an onboard virtual-reality simulator that delivers nonstop racing thrills even when the car is parked.

Enzo (Enze) Zheng got the judges’ attention with an interior that dramatically reconfigures itself according to driving mode and has a virtual-reality center console that creates machine intelligence by monitoring driver biometrics and brain waves.