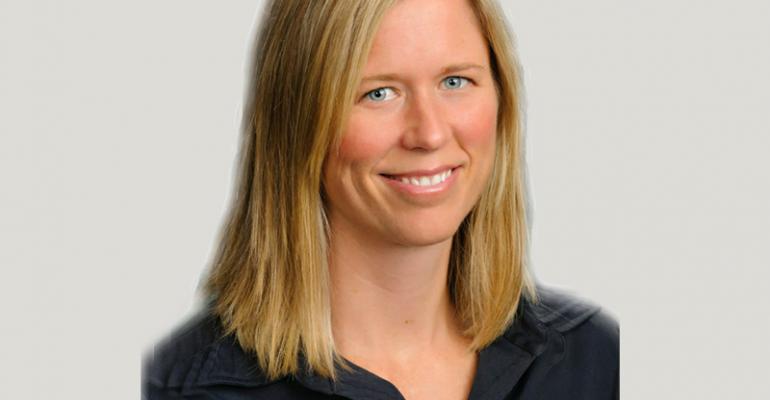 Why User Experience Is Key to Everything

We no longer design products. We design experiences in the world, interconnected and powered by digital technology. Whether it&rsquo;s driving, shopping or communicating, they are digital experiences, one and all.

It’s a hot summer day in the wide open desert, the car windows are down, and the sweet smell of the dry earth filters in, mingling with the music from the radio.

You turn up the volume and accidentally bump your chai latte. You glance around for something to clean it while trying to keep your eyes on the road. You grab a napkin and stretch to wipe the seat, half-steering with your knee, when you see a sharp S-shaped curve up ahead in the road.

"Why is this in the middle of the desert?" you ask yourself.

Whether it’s a misaligned paver, conflicted farmland politics, or the history of where they used to lead the cattle in this part of the world, one thing’s for sure: that curve definitely was not put there for you and your latte-coated khakis racing to get to a meeting on time. But the history of that road is like the history of many products we use: designed by happenstance, accident, or compromise; built a certain way because, well, we’ve always done it that way.

Historically, the Engineering Cycle has been Design, Build, Test, Redesign – or something similar. An ideation phase increasingly has been factored into the front end of the process, but that still doesn’t guarantee the end user will be well represented.

One of the most egregious, and ubiquitous, examples is the very keyboard upon which this article was written. The author’s eight-year-old son, the child of two mechanical engineers, asked recently why the computer keyboard is laid out the way it is today, with the familiar QWERTY layout.

The explanation, that the designer of the typewriter spaced common letters far from each other so as to reduce the likelihood of the mechanisms jamming, is singularly dissatisfying to someone growing up in today’s information era.

This answer elicited nothing short of a school-aged rant on how the outmoded design discourages young children from learning to type.

Whether laying out a highway, designing a computer input device, or building the next-generation autonomous vehicle, it is clear design today must put the user first. The user must be part of the initial concept generation as well as included throughout the engineering cycle.

There are plenty of examples of effective user-centered design available from other industries. The entertainment industry has long factored targeted demographics into the design of both film and amusement park experiences.

They design experiences for specific personas and their predicted reactions. A roller coaster elicits the intended reaction not just by its speed, but by dramatic acceleration and upside down loops. All of the engineering decisions must contribute to the coaster safely getting around the circuit while at the same time making it feel like it’s not safe at all. It’s the feeling of danger – without the reality of it – that delivers the thrill, by design.

Retailers have long employed similar approaches. Successful retail environments are designed with the shopper’s experience in mind. Store layouts are studied meticulously and tweaked to optimize shopping for the customer while increasing revenue opportunities for the retailer. Today, such efforts are multi-channel, providing a seamless shopping experience online, on the phone, or in the store.

Likewise, the auto industry recognizes the importance of designing for experience. A great example is the sound pipe used in the Ford Mustang and other performance cars. One would think that, in a car, the quieter the better. But engine noise is a critical part of the sports car experience.

When a driver steps on the pedal, there is the expectation of hard acceleration, but also a pleasing, powerful sound from the engine as it revs. So, automakers pipe the engine noise back into the cabin to amplify it and deliver the rush you expect from the brand.

But perhaps the industry most focused on user-centered design these days is software development. Over the past decade, the industry has done a complete 180-degree turn; eschewing detailed functional requirements that describe what a system should look like and what it should do, in favor of a suite of UX artifacts.

The software space is fiercely competitive, new leaders are born seemingly overnight, and user-centered design mixed with the iterative, quality-focused practices collectively known as agile, are at the center of it all. As mechanical engineers designing physical systems that humans interact with in the real world, we must seize on the user-centered approach and make it our own.

We must question the assumptions we have made about particular form factors that are going through new evolutions. So much of what we have learned about human-machine interaction is baked into our standards today. Cars, for example, must have rearview mirrors. But does that make sense in an autonomous vehicle? At best, such oversights could translate to additional and unnecessary cost.

At worst, however, they can lead to catastrophic failure. Perhaps the most notorious example is the Three Mile Island nuclear accident, where a poorly-designed operator panel caused a misunderstanding of coolant level. An inaccurate reading then led to a stack of errors, which ultimately resulted in the release of radioactive gasses into the atmosphere.

We are at an important inflection point today, where universal internet access, cheap distributed computing, and low-power inexpensive sensors are colliding to create a world of connected devices, and an ambient intelligence across the machines in the physical world we inhabit.

Engineers, scientists, designers, artists, and others must work as a team, immersing themselves in the customers’ lives before diving deep into features and functions. We no longer design products. We design experiences in the world, interconnected and powered by digital technology. Whether it’s driving, or shopping, or playing, or communicating, they are digital experiences, one and all.

Kimberly Clavin is a Mechanical Engineer at Pillar Technology, a leading producer of integrated digital experiences for the automotive, industrial, agricultural, and other industries. Clavin holds a masters degree in Mechanical Engineering and has experience in the corporate, higher ed and K-12 space.  Twitter:  @clavinator, Flipboard: @kimberlyclavin