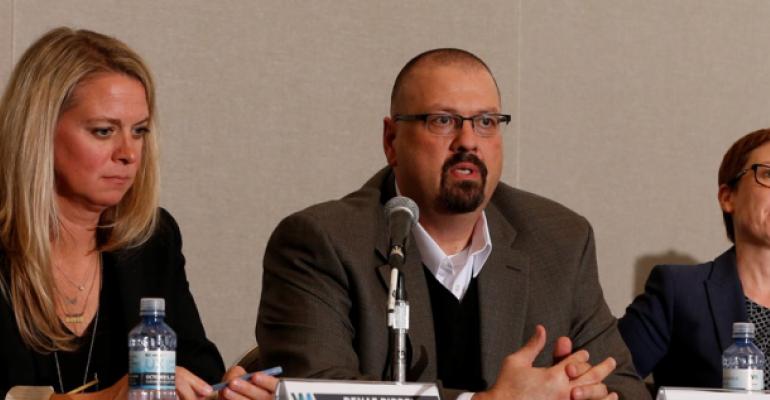 What Do Car Consumers Really Want?

Product-development researchers come across an untruth here and there as they try to tap into the mind of the customer.

DETROIT – It’s not that people maliciously lie to consumer researchers.

But they can tell an untruth here and there, says Renae Pippel, director-global strategic research for supplier Yanfeng Automotive, citing evidence of that.

She tells of when she and colleagues interviewed a Toyota Highlander owner at her home. It was part of up-close customer research.

The Highlander owner told her visitors one thing she liked about her CUV is that its console storage compartment is big enough to accommodate her purse. The Yanfeng team was thrilled to hear that because the company makes the storage unit.

“One of us said, ‘Will you show us how you put your purse in there?’” Pippel recalls. “She got in the vehicle and opened the console box. It was full of other things. She took some of them out, and tried, with a lot of effort, to jam in her purse.”

It was obvious she didn’t use that compartment to store her handbag, regardless of what she had just asserted, Pippel says at the 2017 WardsAuto Interiors Conference during a session entitled “What Do Customers Really Want?”

Such fibs are among pitfalls of the auto industry’s ongoing effort to figure out customer desires.

“Some of it is charted territory and some of it is uncharted," but market research is vital all the same, Pippel says. “You can’t just expect future success with consumers based on delivering a product or service.”

Sure, fulfill customer expectations, but don't give them something they shouldn’t have, says fellow conference panelist Mike VanNieuwkuyk, vice president-automotive at Harris Insights & Analytics.

“Should we provide them with everything they want, even if it is against their interests?” he asks, referring to potential driver distractions.

Despite consumers’ desire for more, polling ironically indicates only half of them think automakers are doing what’s necessary to keep drivers safe from distractions, he says. “We’ve done a great job giving them what they want. Now, we’ve got to figure out how to keep them safe.”

Consumer research ranges from surveys to behavior observation, such as how readily an occupant folds down a seat to reach the back row of a 3-row vehicle, says Sylviane Mayer, global director-research and insights at Adient, a new seating company spun off from Johnson Controls.

Users gravitate toward features that make them feel smart, not dumb if, say, they fumble with a seat latch, she says.

Identifying consumer needs includes both acting on what’s articulated (the voice of the customer) as well what is unarticulated, Mayer says.

Continental has expanded its Persona Research study (that began in the U.S.) to include China’s automotive market, which is “huge” and getting bigger, says Susan Drescher, an advanced product manager for the supplier.

The survey indicates advanced technology is more widely preferred and trusted in China than in the U.S. More than U.S. counterparts, Chinese drivers overwhelming responded favorably to the prospects of self-driving vehicles.

Drescher says of the Chinese, “They are relativity new to driving and feel excited about the fact they can now afford a car. This information is instrumental in ensuring a customized, regional approach to the development of the vehicle’s interior that will resonate with drivers around the world.”

The Chinese feel particularly safe in their vehicles, she says. “They think if the government allows a vehicle on the road, it must be safe. They are more trusting of government.”

Screening the Future of Interior Design
May 09, 2017