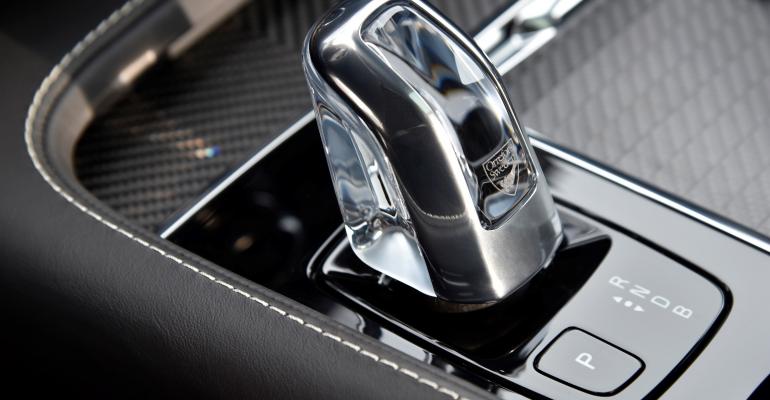 All of the interior materials are authentic. If something looks like leather or aluminum or open-pore Scandinavian wood, it is, because the decision was made to invest in such materials.

Wards 10 Best Interiors competition has recognized outstanding automotive interiors for six years. This installment is part of a series of interior deep dives on what made last year’s winners stand out as we test candidates for this year’s competition.

The 2017 10 Best Interiors winners will be announced in mid-April and will be on display at the WardsAuto Interiors Conference May 9 at Detroit’s Cobo Center.

Volvo’s new XC90 3-row, 7-passenger CUV has toted multiple “Of-the-Year” awards back home to its native Sweden, and its 2016 Wards 10 Best Interiors trophy-winning cabin is one major reason why. Its primary mission, says Volvo Car USA design director Tisha Johnson, was “to create a Scandinavian sanctuary” while firmly positioning the Swedish automaker in the luxury segment “in a way that we hadn’t been for many years. This is a very special place to be, so we attempted to highlight that.”

“The Volvo XC90’s interior is designed to make occupants feel better when they arrive at their destination than they did when they set out,” boasted Volvo’s press release announcing its 2016 10 Best Interiors award. “Natural materials such as Nappa leather and open-pore wood, skillfully highlighted by faceted rotary controls and polished trim, provide a clean, crisp, calming environment worthy of any modern Scandinavian home.”

The beautifully designed instrument panel is dominated by a large, tablet-like “Sensus” central touchscreen. Relatively user-friendly (at least to regular tablet users), it provides fingertip paging through a selection of menus for vehicle and infotainment settings.

The Scandinavian sanctuary approach, Johnson explains, “begins with having just what we need in a really well-crafted, well-lit environment that is uncorrupted by clutter, and the technology that enabled us to do that is the touchscreen, which let us get rid of a whole lot of buttons that are normally there but rarely used.”

Thankfully, there still is a volume knob.

“So with a cleaned-up environment,” she continues, “we can focus on other things that matter, such as execution of materials and finishes, which is purely exquisite. That takes extra investment: first the business team has to be willing to commit, then the engineers have to be willing to commit the energy and manpower to execute at the highest level. We are not a huge automotive company, so economy of scale doesn’t work in our favor. It’s a big investment for a small company.”

All of the interior materials are authentic. If something looks like leather or aluminum or open-pore Scandinavian wood, it is, because the decision was made to invest in such materials. One fine example is the T8 Hybrid’s Orrefors crystal gear lever. It “celebrates the history of Swedish design with a look to the rich heritage of its glass and crystal industry,” Johnson says.

“We’re connected to one of the oldest crystal makers in the world, and they developed this piece of functional art. It represents that commitment, it’s beautiful to touch and it’s a great example of engineering something (new and different) to automotive standards.”

WardsAuto editor Tom Murphy sums it up: “The XC90 interior arguably makes the most dramatic styling statement in this year’s competition, leveraging a uniquely Scandinavian sensibility. From the diagonal grain of the linear walnut wood inlays and Orrefors crystal gear shifter to the user-friendly tablet-shaped display screen and gleaming brightwork, the XC90’s cabin is a credit to all things Swedish.”