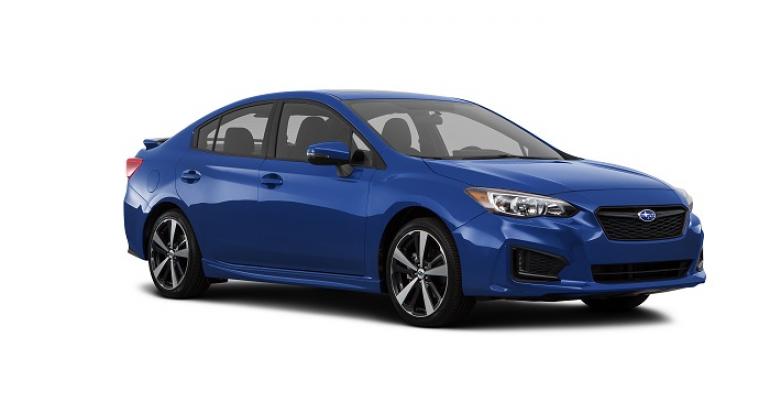 At Subaru, Design Now a Priority

&ldquo;We&rsquo;ve made great cars, but not necessarily the most beautiful. Now they&rsquo;re really going to be emotionally appealing, to a level they haven&rsquo;t been before,&rdquo; a Subaru designer says.

SOUTHFIELD, MI –Subaru, an automaker never known for its styling prowess, is turning over a new leaf.

“For the first time the company is emphasizing design as a competitive advantage,” Matt Wherry, manager-product planning and design department at Subaru Research and Development in Tustin, CA, tells WardsAuto here during a discussion of the new Impreza compact car. “We’ve made great cars, but not necessarily the most beautiful. Now they’re really going to be emotionally appealing, to a level they haven’t been before.”

It’s a change that’s already occurred at other brands. As most vehicle classes have uniform technology, driving dynamics and fuel economy, styling is one of the few remaining ways to differentiate product and, automakers hope, gain buyers.

However, Wherry says the design directive from Subaru’s senior leadership was more about conquering a final frontier and less about fear of losing sales. Subaru has been on a decade-long hot streak in the U.S., with annual volume rising from 187,208 in 2007 to 615,132 in 2016, WardsAuto data shows.

“We’ve done everything as well as we can, (but design) just wasn’t a priority before,” he says of why it took the brand so long to embrace more dramatic shapes and patterns.

Making design a bigger priority at Subaru are the younger, more sophisticated customers it is attracting, customers who Wherry says are surrounded by well-designed products and have been from an early age.

A more emotional, less utilitarian philosophy taking hold within the automaker’s design studios is reflected in the new Impreza sedan and hatch.

Areas infused with more design drama include the doors and front end.

“There’s what we call an undercut, a shadow area, and then the highlight,” Wherry says of the compact car’s newly sculpted doors. “That creates a lot of action...so we get the classic Coke-bottle, hourglass look without intruding into the passenger space.”

Subaru’s signature hexagonal grille remains the face of the Impreza, but a reworked nose-cone fascia “moves the hard, dangerous part of the hood back (and) lets us do a lot more sculpture around the headlights,” Wherry says. 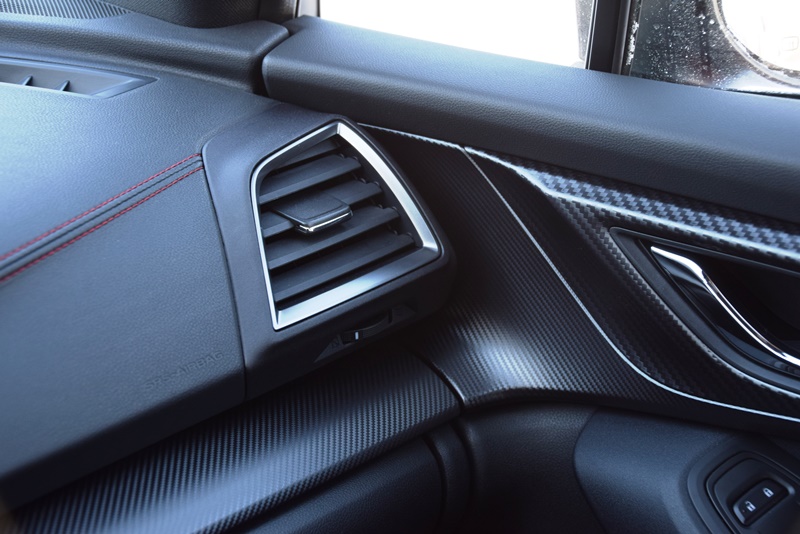 “There was a big effort to make the interior not only solid and safe-looking, which we’re good at and we’ve done in the past, but also dynamic,” he says, calling out angular crossing-stitch detail on the upper IP as new and “really cool-looking.”

The Impreza’s seats received a makeover and are covered in 42 separate cloth panels vs. 19 in the prior generation.

“No.1, it looks cooler, and No.2, it gives you an opportunity to break these (areas of the seat) up,” Wherry says, pointing out the three different fabrics used on the Sport grade’s front seats, including one that mimics netting on outdoor gear.

Another big change was the unification by color, graphics and font of the compact’s three interior display screens, a design challenge for Subaru because each screen has different suppliers, dimensions and production timetables.

Subaru has been considered a laggard in the field of infotainment too, but Wherry says that is changing as the automaker has a relatively new human-machine-interface team pouring over the minutiae of menu structure and content.

With the ’17 Impreza, Subaru designers and engineers also strove to give buyers class-above features such as fabric panels beneath door handles, a circular-knit headliner and visors with edges tucked, not flashed. There’s also a wide center armrest, made possible by Subaru’s new global platform that allows for nearly an inch more room between front seats.

“It’s almost unrecognizable how far it’s come,” Wherry says of the current generation of the Impreza, which had final styling done in Ohta, Japan, but reflects “quite a bit” of exterior and interior design input by Wherry’s team.

He classifies Subaru’s Tustin advanced design studio as “small, but expanding.” It has eight full-time designers who primarily look far into the future to determine what vehicle buyers will want in a decade, notably via research clinics.

“The company’s shifting their focus to the U.S. market. Most of their profit comes from here. So they’re taking (U.S. customers’ input) seriously,” he says.