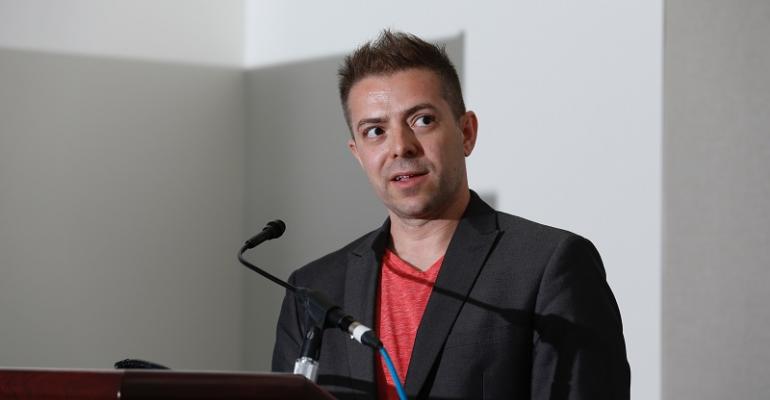 Making the Ride as Important as Getting There

Peering into the automotive interiors of the future, technologists foresee a wide range of possibilities designed to enhance getting from Point A to B.

DETROIT – Light, sound, sensors and technology are enabling automotive designers and engineers to create new visions of the unconquered space inside automobiles, according to four panelists speaking about “New Concepts and Tech for Enhancing Interiors” at the 2018 Wards Interiors conference.

For instance, while a vehicle can be designed to cool or warm the interior and set up a massaging seat when someone is ready to drive, new experiences might include adding 3D views of roadside attractions or historical information about a location for passengers.

“We need to facilitate great experiences through technology,” Dimovski says.

An audio system matched to a vehicle interior can enhance the driving experience or move a brand and its users into the future, says Philipp Siebourg, director of car audio design-Huemen, an internal design agency the audio maker Harman is launching in early 2019. Siebourg says an immediate example of matching audio to a vehicle can be found in the all-new Volvo XC40 CUV, which uses a center console-mounted woofer to save space for storage in the door panels where those speakers typically are located.

Huemen will be looking into the future of automotive audio, designing how sound will be managed in vehicles where riders are sharing the space and have differing audio needs, or how listeners might use an array of portable speakers around a single audio source, with a portable woofer located in the trunk.

Audio also could be tuned to enhance the driving experience by, for instance, masking annoying construction project noise by piping in the sound of waves while driving along the ocean, Siebourg says.

“The future of mobility requires us to rethink how we enhance interiors, collaborate with OEMs and broaden our approach to incorporate other disciplines,” Siebourg says.

Lighting also will play a major role in what Michael Godwin, director-automotive LED marketing for Osram, calls the third “living room,” the vehicle living space that is joining the home and office as places where people spend considerable time.

Automakers are learning to use the many options offered by LED lighting to create certain moods, feelings and effects in the interior, sometimes influenced by how the lighting is used but also where it is coming from, its color and intensity. A wide variety of materials and processes facilitates the use of LEDs, Godwin says, while assuring the lighting is safe, intuitive, personalized and efficient.

Combining sensors, mapping and information to improve the drive and the destination is the goal of Hella’s Airshield Technology, says Joerg Weisgerber, CEO-Hella Electronics, North and South America.

Airshield sensors monitor air quality within the vehicle cabin, increasing filtration to limit pollutants and particles. The next step, Hella’s partnership with BreezoMeter, enables the driver to gather information on air quality along a route or at a destination.

Weisgerber says a vehicle equipped with that information could suggest the healthiest routing, create an air-pollution map to either re-route or turn on filters and roll up windows in poor air-quality areas, or ultimately re-route to a final destination where air quality is better.

“This is more than just the sensor and services, but a holistic approach,” says Weisgerber. “It is a cloud-integrated air-quality management system for automotive cabins.”

While interest in the Airshield and Breezometer technology is high in China, Southeast Asia and Eastern Europe where air pollution levels are higher, Weisgerber says the technology also appeals to people in the U.S. who are keenly aware of their environment.

“The applications are limitless,” he says.