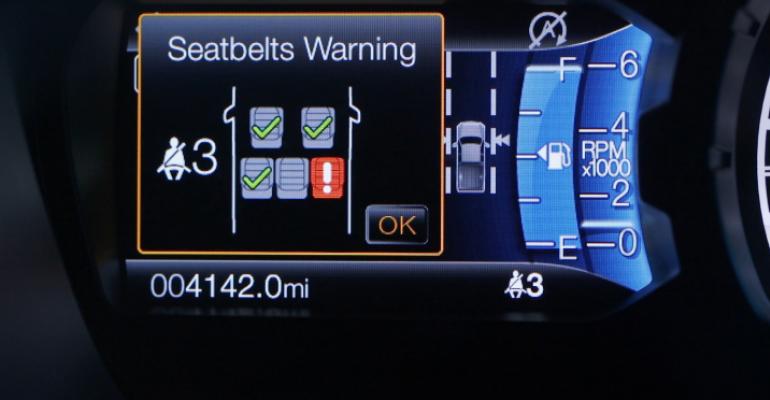 Belt Monitor includes rear-seat sensors inside the belt receiver that send a signal to the instrument cluster telling the driver whether a belt has been unfastened and which seat the passenger is in.

Drivers of the ’19 Ford Ranger pickup can make sure their rear-seat passengers are buckled up, thanks to Belt Monitor technology.

First offered in the Ford Expedition and Lincoln Navigator when those SUVs launched last year, Belt Monitor includes rear-seat sensors inside the belt receiver that detect when a seatbelt has been fastened – and send a signal to the instrument cluster telling the driver if that belt has been unfastened and which seat the passenger is in.

This allows the driver to remind second-row passengers to buckle up again without taking his or her eyes off the road.

“Whether you’re on the freeway or the trail, we want to make sure everyone who puts a seat belt on keeps it on,” says Paul Kula, Ford electrical systems engineer. “We hope that making Belt Monitor a standard feature in every Ford Ranger will provide extra peace of mind for the driver.”

In addition to the Ranger and Expedition, Belt Monitor is available in the all-new Ford Explorer and will roll out across the automaker’s entire North American lineup over the next few years, Ford says in a news release.