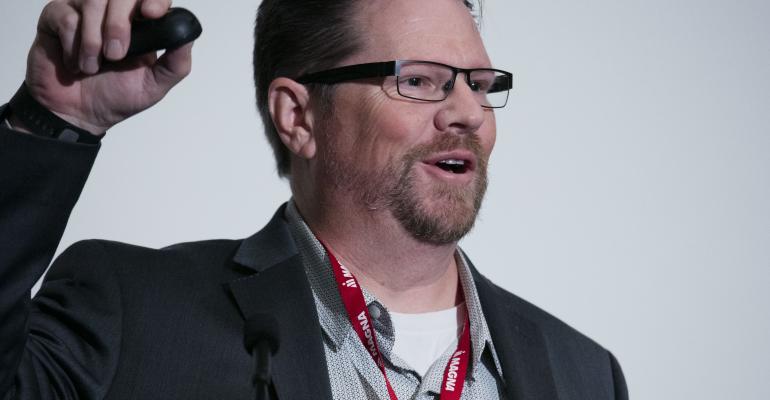 Speed, innovation and flexibility will be required as suppliers look to meet rapid changes in the automotive sector and survive the next downturn, industry insiders say.

DETROIT – Emerging technologies such as alternative powertrains, connectivity and autonomous vehicles will put pressure on the supply chain like never before, say panelists at the 2016 WardsAuto Interiors Conference here.

And then there’s the impending market downturn.

In the past 30 years, automakers have shifted away from a competitive approach to purchasing – pitting suppliers against each other to obtain the best price – and toward more collaborative relationships, notes Jeoff Burris, principal and founder of consultancy Advanced Purchasing Dynamics.

“But that has swung back and forth,” he says, depending on whether the market’s strong or the economy is in recession. “It’s human nature to get fat, drunk and happy (during boom times) and then we end up paying for it in a downturn.

“I tend to be pessimistic” about the near term, he adds, advising suppliers to invest in innovations with broad application and a more positive effect on the bottom line, rather than those tied to specific vehicle programs that could go sour in a downturn.

Suppliers on the panel, titled “Navigating the New Interior Supplier Landscapes,” agree  pricing pressures are intense and likely to worsen, but say the parts sector is in much better shape to withstand the impact than when it was “sucker punched” by the 2009 recession.

“There’s been a leaning-up of the supply base,” says Tom Gould, director-industrial design for Johnson Controls, which later this year will spin off its automotive interiors business into an independent company called Adient. “We’ve spent R&D money in smart ways and translated that all the way into manufacturing.

Burris agrees suppliers are in much better shape to push back if they get pricing pressure from OEMs as the market recedes from its peak, because the sector accounts for half the parts and 70% of the profit of the average vehicle today.

“This time the supply chain has much better leverage,” he says. “A company can tell one of (the Detroit Three), ‛I don’t want to do business with you because I don’t like your business practices.’”

Purchasing departments draw much of the ire from the panel. Roy Shurling, head of global business development for leather supplier Lectra, says cost-saving and other product improvements achieved during the development phase often are upended once purchasing gets involved and begins to hone in on piece costs.

“Change is not always successful,” he says. “People get pulled back. It’s going to take fortitude.”

A survey earlier this year by Burris’ firm suggests there are definite cultural differences at the OE level when it comes to purchasing. Honda, Mercedes and Toyota are identified as having collaborative cultures, while Volkswagen and Hyundai are more competition-based, with suppliers more often bidding against each other for contracts.

At General Motors, Ford, Nissan and FCA US, suppliers surveyed say there is little in the way of companywide culture, with treatment varying depending on the specific purchaser involved.

Burris advises trying to encourage purchasing staff to get involved early in the design phase to better understand how innovations that may have higher upfront costs will have an overall positive impact on profitability.

“Pull that purchasing guy in when doing the design,” he says. “Show him the math. It’s worse when it lands on the (uniformed) purchasing guy’s desk with a 20% price premium.”

Even without the expected softening of U.S. new-vehicle sales next year, there will be pressure on suppliers to move faster to meet a changing buyer base that will demand greater customization and more frequent product updates.

“Consumers are changing dramatically,” Shurling says. “They’re connected (via social media) and driven by what’s popular at the moment. They want newness, they want personalization. If we don’t change (our products fast enough), sales decline.”

On top of that is the need to keep pace with advancements in technology, such as more electric vehicles and self-driving cars, that have the industry moving in new directions at lightning speed, Gould says.

“There are a lot of disruptions, but that’s just part of our life,” he sums up. “The uncertainties are more than we’ve ever faced. But the future is bright. I’m tired of hearing about (automotive companies) being old and stodgy, (part of) the rust belt.

“We’ve shown when we’ve gotten knocked down, we know how to get back up.”