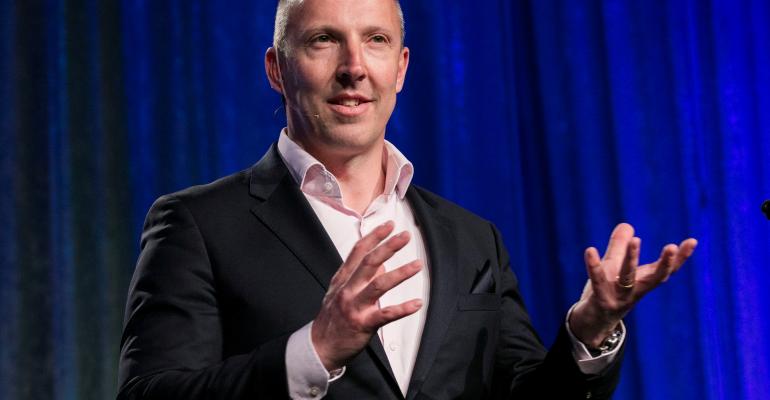 Volvo&rsquo;s award-winning XC90 takes some chances compared with other interiors, but in the end the luxury CUV&rsquo;s intuitive design proves logical, functional and stylish.

DETROIT – Driving is an up-and-down process, not side-to-side, and that simple observation  helps define the interior of the Volvo XC90 CUV.

Speaking at the 2016 WardsAuto Interiors Conference, Robin Page, vice president-interior design for Volvo, says that’s why the XC90 is fitted with a vertically oriented touchscreen rather than a horizontal layout typical of most of today’s automotive navigation screens.

“It’s a vertical screen because that’s the line you follow when you travel,” Page says. “The work was ongoing from there” on the XC90, one of this year’s WardsAuto 10 Best Interiors honorees, allowing an intuitive human-machine-interface decision to drive the rest of the design.

That key call was made early on, Page says. Concepts leading up to the reveal of the production XC90 foreshadowed various features, but none was as significant as the large integrated center-stack iPad touchscreen.

Page says an advantage of the big touchscreen was that he didn’t have to redraw his interior styling concept sketches to accommodate a series of buttons, knobs and switches needed to control the various automotive systems. Instead, everything was built into the touchscreen.

After the basic layout was established, Page worked on details like integrating Scandinavian feel into the interior. Using Orrefors crystal for the shift knob proved easier than expected and brought a distinctively Swedish element into the interior, while cross-hatching on switches is intended to mimic cracked ice, Page says.

Volvo’s study of what autonomy will mean in the future led to the C26, or Concept 26 with the “26” representing the number of minutes taken up by the average commute in America. How those minutes are used is driving much of the interior planning that Volvo calls “modern luxury.”

Volvo envisions a three-level driving future. Actively engaged drivers and passengers in cars similar to today’s, are the first level. A second level allows a more relaxed mode for driver and passenger, while a fully relaxed mode moves the steering wheel out of the way and reclines the driver’s seat.

While most predict full autonomy is decades away, some suggest a high level of autonomous driving – the kind that would accommodate the second tier of Volvo’s design – is possible by 2020.

“We’re actually not too far away from that,” Page says.