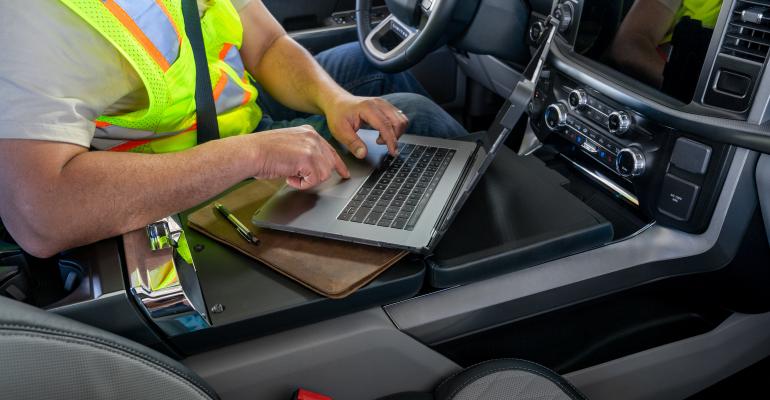 Ehab Kaoud, chief exterior and interior designer for the redesigned ’21 F-150, says while the aluminum exterior was the big story when the current F-150 debuted six years ago, this newest version puts the focus on the interior.

Speaking at last week’s Summer Festival of Automotive virtual conference sponsored by Wards Automotive's parent, the Informa Tech Automotive Group, Kaoud says Ford did extensive customer research in the field to make sure it got the details just right.

“We went out to cattle ranches and construction sites,” he says. All told, Ford product developers collected 1,800 pages of notes, 600 videos and 18,000 photos during F-150 field research. 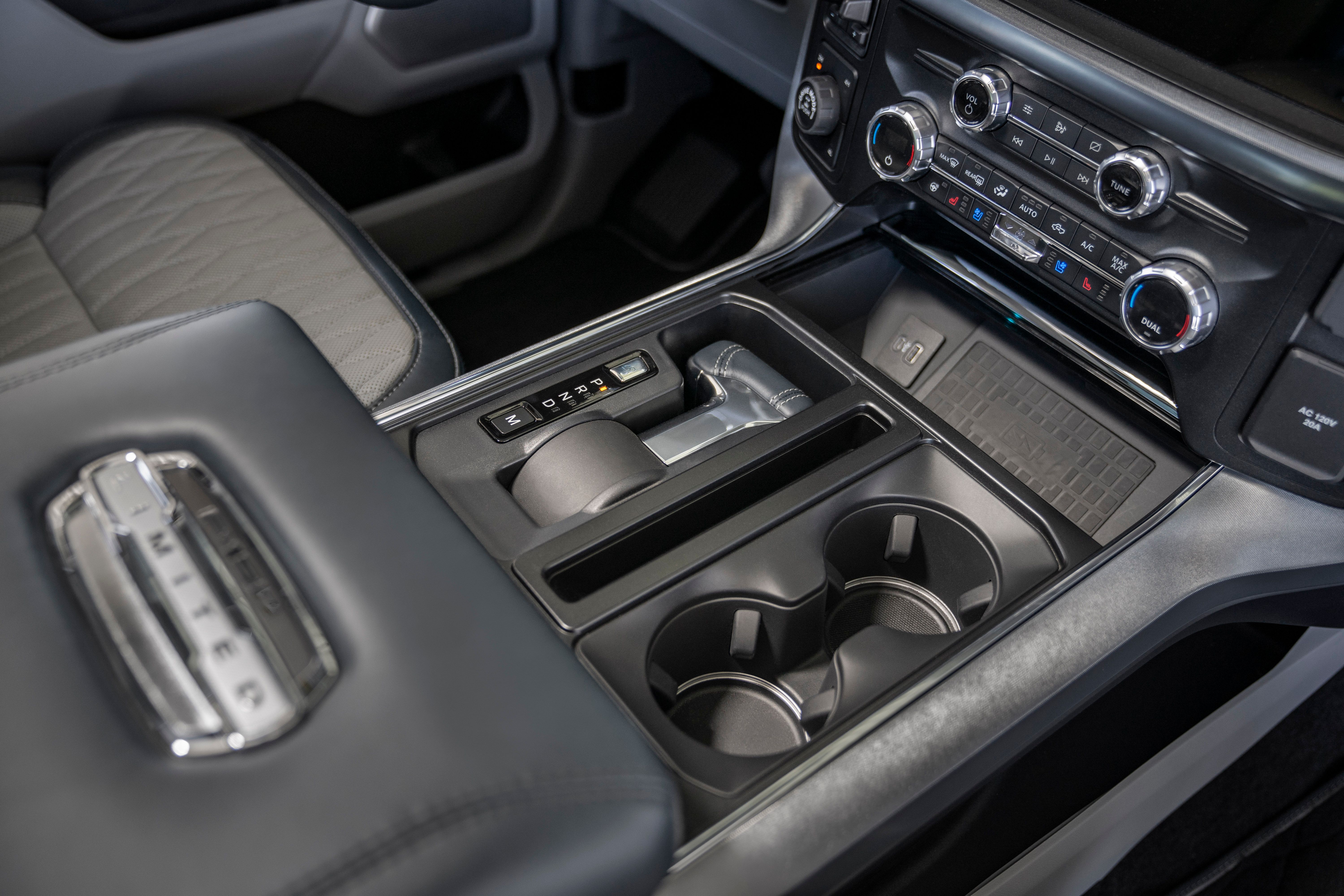 By creating story boards that detailed a day in the life of truck owners, Ford designers came up with four distinct innovations – three on the interior and another on the tailgate – that are expected to ease the lives of truck users.

“We made sure we gave them what they were looking for,” Kaoud says. “Truck owners love having a shifter. They want someplace to rest their hand,” he adds, ruling out alternative shifters with buttons or a rotary dial.

Using an electronic shifter yielded a groundbreaking innovation in the ’21 F-150: a foldout workspace, lunch table and drafting surface.

The shift lever can fold flat into the center console (pictured above), while a front hinge on the center armrest allows the top to pivot forward toward the instrument panel and rest on the shifter and center console, creating a large, flat work area.

Plus, Kaoud says seats in the new F-150 will recline almost flat, like in business class on a commercial jet. “We know a lot of our customers sleep in their trucks,” he says.

Although some automakers are adopting vertical tablet-shaped central display screens, Kaoud says the F-150 team instead opted for a more conventional landscape display integrated within the instrument panel surrounded by vents and buttons.

“Our customers like knobs and switches,” he says. Kaoud is confident customers will adapt to new technology such as advanced voice recognition and the truck’s new Sync4 infotainment system, which allows for over-the-air updates.

“The customer understands technology,” Kaoud says. “I don’t necessarily have to sell it. Bringing it into the car is mainstream now.”

On the Outside of the new F-150, Ford designers enhanced the user experience with a new tailgate that can double as a workbench (pictured below), complete with an embedded measuring stick and a slot for a C-clamp. 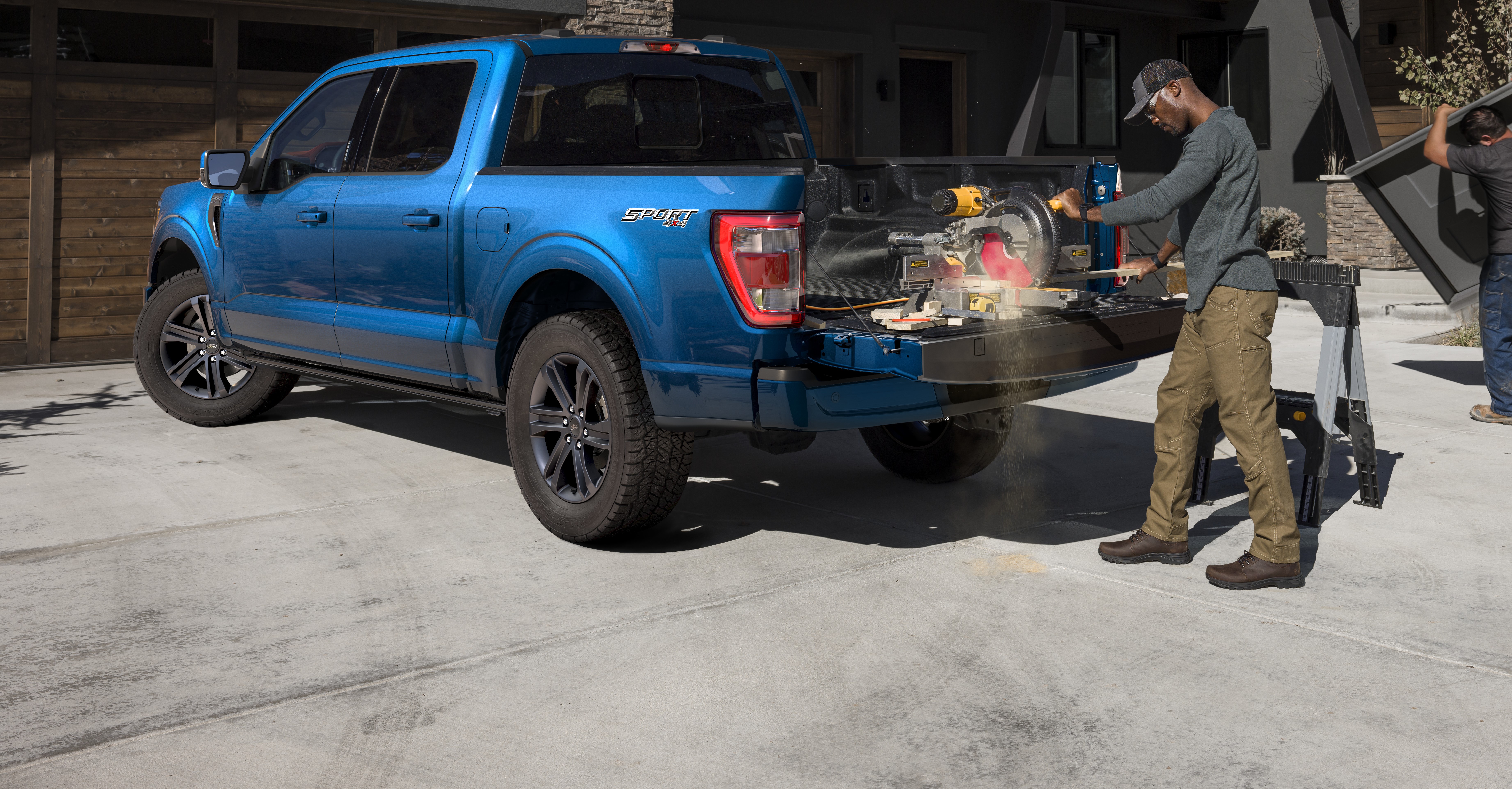