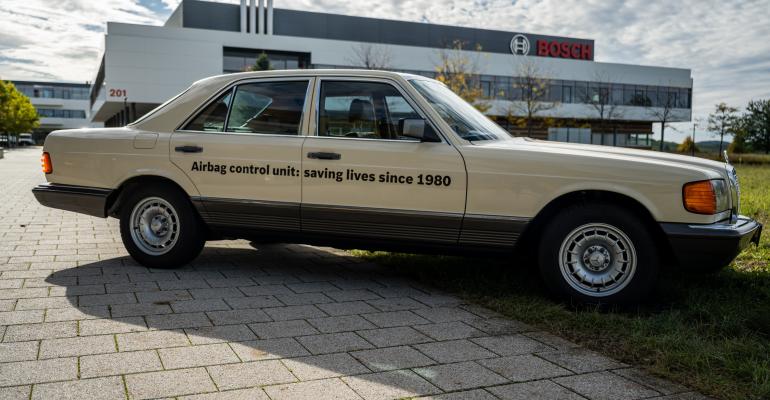 Bosch Marks 40 Years of Airbag ECUs; I’m Here to Write About It

The airbag ECU can determine whether the driver has simply hit the brakes, bumped into a parked car, jumped the curb, or if the vehicle has had a severe collision. In my accident, the airbag unfurled quicker than the blink of an eye and allowed me to walk away.

Tooling along a Detroit-area interstate on a spring day in 2007, an older green Jaguar cut me off. I jerked the steering wheel to avoid it and my Chevy Corsica went into a spin and hit the center divider. There was a loud bang as the airbag inflated and the odor of spent fireworks filled the cabin (author pictured, left below).

The deploying airbag left me with a bruise on one cheek and a mild headache. Things could have been worse and Bosch would agree, estimating airbags have helped save 90,000 lives around the world since the automotive supplier launched full-scale production of electronic airbag control units in December 1980.

Today’s airbag ECUs use internal and external acceleration, yaw rate and pressure sensors to identify both the type of accident and its severity, and deploys the airbag and belt tensioner (I was wearing a seatbelt) as needed.

In just 10 milliseconds – 10 times faster than a person can blink – the trigger algorithm interprets the sensor data to determine whether the driver has simply hit the brakes, bumped into a parked car, jumped the curb, or if the vehicle has had a severe collision or is at risk of rolling over, Bosch says. If the situation is dangerous, the system ignites the pyrotechnic gas generator. Within 30 milliseconds, the airbag is fully inflated.

Bosch says it has manufactured 250 million airbag ECUs over the past 40 years. Today’s vehicles come installed with as many as nine front, side and head airbags, which can be deployed individually depending on the accident scenario. 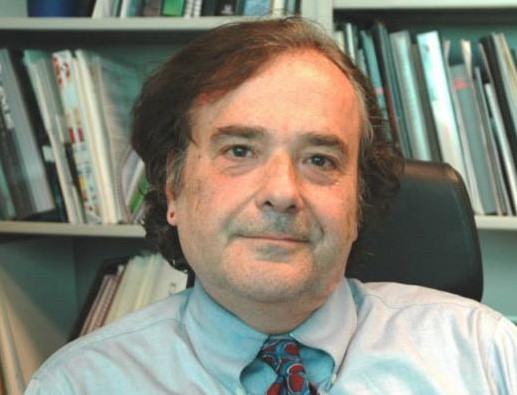 Following a collision, the system also sends a signal to cut off the fuel supply, or, in electric vehicles, to disconnect the high‑voltage battery.

In addition, the system forwards information about the accident to other vehicle systems such as eCall, which automatically calls emergency services after an airbag has been deployed.

The first airbag system, which went into production in December 1980 and then had its market launch in the Mercedes-Benz S-Class, consisted of three components – a voltage converter, an energy reserve and a control unit – with a total of 170 parts. These controlled only an airbag and belt tensioner for the driver and optionally for the front passenger.

Today’s 12th‑generation airbag ECUs have only half as many parts and can manage up to 48 restraint devices, including various front and side airbags, knee airbags and belt tensioners.

In the future, as the number of sensors in vehicles rises, applying the information they gather could ensure that airbags, belt tensioners and other vehicle functions interact even better, Bosch says.

Such an interaction might look something like this: the system swiftly recognizes an impending accident and, for example, automatically puts the occupants into a sitting position that reduces their risk of injury before the actual collision. It can deploy airbags and belt tensioners to provide the best possible crash protection for every person in the vehicle.

Increasingly automated driving is one area for these possibilities, since at higher levels it opens up new interior concepts and more room to move about, even for drivers: they may swivel their seat, turn to face the passengers or get cozy in their seat.

As seating arrangements in the vehicle become more flexible, specific control of airbags and belt tensioners is becoming more crucial. This increases the complexity of the demands on the airbag ECUs Bosch already is working on today.

“Bosch is a pioneer in automotive electronics and safety,” says Harald Kröger, Bosch board of management member. “The electronic airbag control unit shows what we mean by ‘Invented for life.’”

My Corsica’s frame was bent in the accident and I had to scrap it. But the airbag that unfurled quicker than the blink of an eye allowed me to walk away, cursing the bald-headed guy driving the Jaguar.