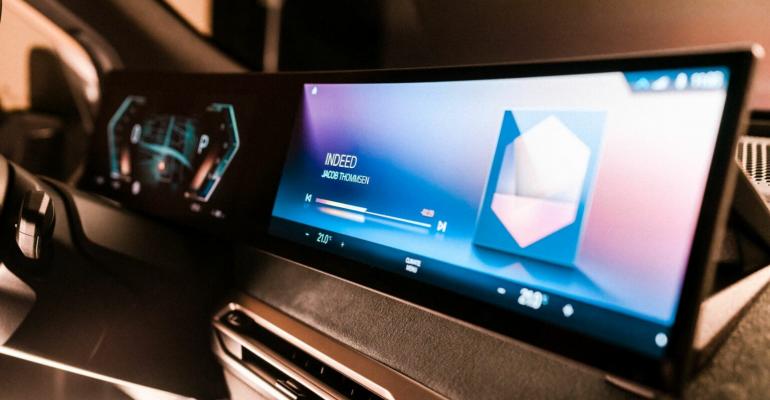 The eighth-generation system comes 20 years after iDrive debuted in the fourth-generation 7-Series and brings with it the rotary controller and central display that continue to play a key role in the latest incarnation of the German automaker’s operating system.

BMW details its new iDrive 8.0 operating system and confirms it will launch in the electric-powered iX SUV before featuring in the i4 sedan later this year.

Described as the most powerful yet developed by BMW, the eighth-generation system comes 20 years after iDrive debuted in the fourth-generation 7-Series, bringing with it the rotary controller and central display that continue to play a key role in the latest incarnation of the German automaker’s operating system.

Underpinning the changes is a new generation of high-resolution displays and touch controls. All are supported by a significantly upgraded software package aimed at improving the speed of commands, allowing a broader range of personalized functions and more extensive over-the-air software updates with significantly faster download speeds.

The most distinctive addition to the physical components is BMW’s new curved display. In the iX, it groups a 12.3-in. (31-cm) instrument display together with a 14.9-in. (38-cm) infotainment display in a single panel with a resolution of 200 ppi. The freestanding display is mounted atop the dashboard and angled slightly toward the driver.

The functions housed within the curved display can be operated either by a rotary controller mounted within the center console with a touch function or, alternatively, via touchscreen, conversational speech and gesture controls.

An additional “Calm” mode allows the driver to reduce the amount of information to just the speed of the vehicle. Further modes are planned to be developed and made available for download, according to BMW.

In a departure from the existing seventh-generation iDrive system, BMW has added a new “My Modes” function. It replaces the Drive Experience Control, allowing the driver to preset up to 10 different parameters.

BMW says the adoption of the new iDrive has allowed it to reduce the number of physical buttons by half. The climate control, air conditioning and other ancillary functions are operated digitally.

The latest iDrive system incorporates capacitive touch controls mounted on a new-generation steering wheel featuring an unusual hexagonal-shaped rim (below) as well as a slider arrangement for gear selection in place of BMW’s traditional gear lever. 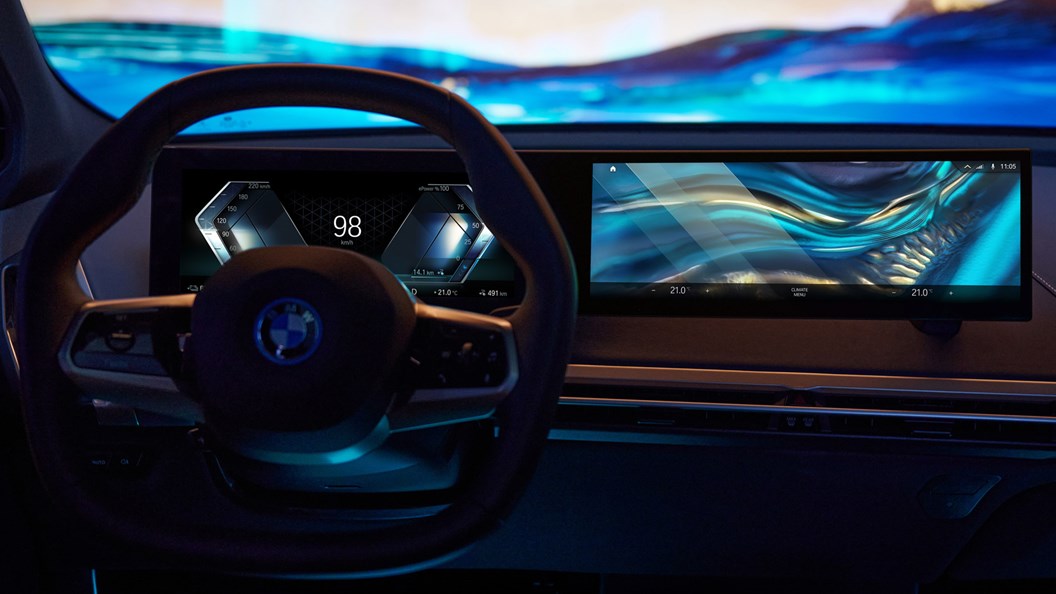 iDrive 8.0 is the first operating system from BMW to support 5G networking, with high data bandwidth for faster over-the-air software updates and what the automaker calls over-the-air retrofitting, which allows owners to upgrade functions such as the lighting and driving assist systems in markets where the technology is supported.

Download speeds are claimed to be up to 30 times faster than those of iDrive 7.0, with a 20-gigabyte software upload taking a claimed 20 minutes.

As part of the upgrades brought to BMW’s new iDrive system, digital services for navigation, parking and charging are now fully integrated into BMW’s cloud-based Map system. It uses probability models based on information provided by HERE map – the former Nokia company now controlled by BMW, Audi and Mercedes-Benz. 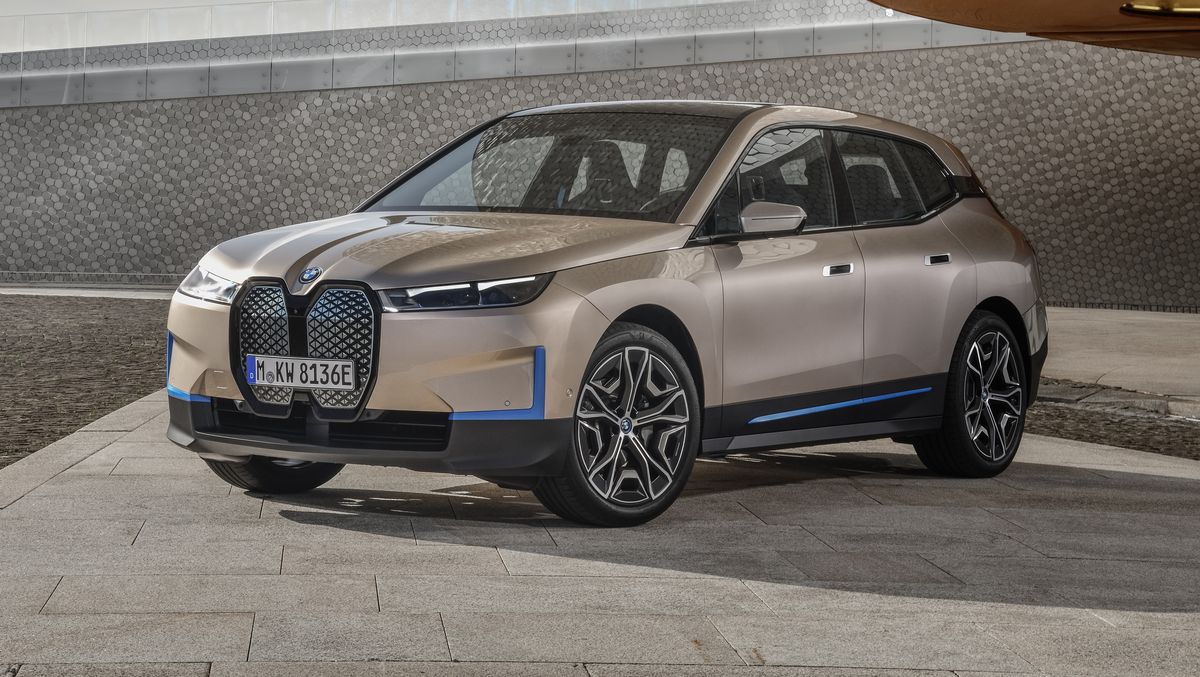