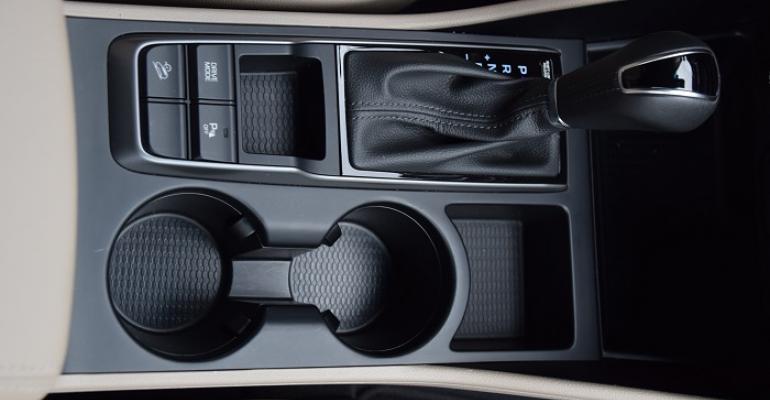 The Black Holes of The Center Console

As a cupholder connoisseur, it pains me to see the deterioration of one of my favorite interior features. Cupholders hold secure our delicious, refreshing beverages during a long journey or an afternoon running errands.

At least they’re supposed to.

I noticed this year during our Wards 10 Best Interiors testing that so many center-console cupholders, even in expensive upper-trim levels, even in vehicles that cost $45,000-plus, now are nothing more than plastic black holes.

Spring-loaded nubs, rubber bladders and those flappy, flange-y things that stabilize beverages are disappearing, suggesting cupholders are falling out of favor, or more accurately falling victim to the old OEM cost-cutting axe.

While the Optima and Elantra had black holes before, the Pilot didn’t. The previous-generation Pilot’s ring of foam flanges may not have been pretty, but they added some stability to keep skinny water bottles in place.

At least the new Civic’s cupholders are round. The Accord, like the old Civic, still uses square cupholders…to fit your adult-size juice box??

A strange case is the Audi S7. Audi bean counters must have gotten distracted because the driver-side cupholder is a black hole, but the luxurious passenger-side cupholder has four plastic nubs.

Alas, all is not lost. I did come across cupholders that were improved old-to-new generations, with better design and usability.

The Hyundai Tucson and Toyota Prius have better cupholders than before. Both sets of cupholders now have retractable nubs, and the Tucson’s have a striking tire-tread-like texture at the bottom.

The Lexus RX innovates with one adjustable-bottom cupholder. Push down and it lowers to accommodate a tall drink. A release button in between the fore and aft console cupholders raises the floor back up. Slick.

Also worthy of cupholder kudos is the Volkswagen Passat, standing out from the D-segment pack with four retractable nubs and removable liners, and the Chrysler Pacifica, which has four generously inflated rubber bladders to grip that giant coffee thermos frazzled moms and dads need to get through the day.

The $28,000 Focus Titanium test car, just a smidge more than the $27,000 Elantra and Civic we tested, has three bladders plus a removable floor lift to fit short and tall drinks.

However, as one of the oldest models in the U.S. compact class, I fear the Focus too may soon fall victim to the black-hole phenomenon. Ford, I beg of you, save the cupholders!