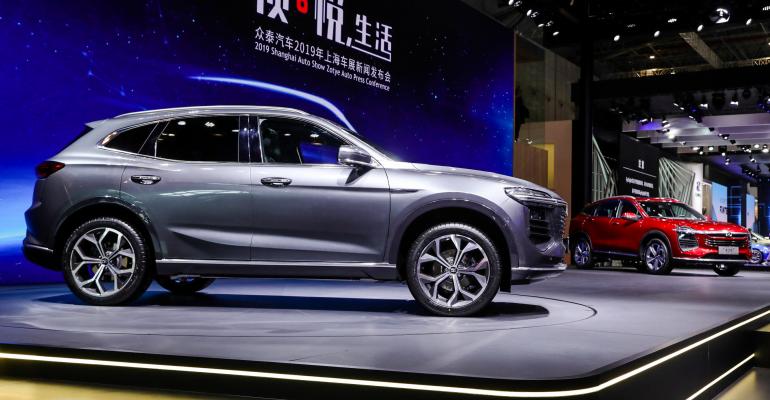 With the launch of the T600 by early 2021, the importer expects to be the first to sell vehicles in the U.S. from a Chinese automaker.

Zotye USA says the revamped T600 CUV, unveiled last month at the Shanghai auto show, will be the first model it offers for sale in late 2020 or early 2021.

The importer believes it will be the first to market vehicles from a Chinese manufacturer in the U.S.

Based in Lake Forest, CA, Zotye USA is owned by HAAH Automotive Holdings, formed by a group of auto industry executives “to create a new experience both for customers and its dealer partners.” It will offer vehicles in the U.S. built by Zotye Automobile, a 10-year-old company controlling some 30 different firms with manufacturing operations in nine Chinese cities and R&D centers in four countries.

Zotye USA says it also will have at least two additional vehicles in its showrooms, a midsized CUV and a sedan, though timing of those launches is unclear.

The T600 is powered by a 1.6L turbocharged 4-cyl. mated to a 6-speed automatic transmission. No other product details have been released, but the T600 appears to be sized to compete against models such as the Honda CR-V, Ford Escape, Toyota RAV4 and Volkswagen Tiguan.

Zotye says homologation for the U.S. market has been under way for some time and is on schedule for the late-2020 or early 2021 launch target. The importer has signed up dealers with 60 locations and expects that to rise to 325 locations – 300 in the top 100 markets – by the time the T600 goes on sale.

“This T600 is a perfect vehicle for the U.S. market,” Zotye USA Chairman and CEO Duke Hale says in a statement released today announcing the company’s plans. “The vehicle has excellent quality, outstanding safety features and will be very well equipped with a unique design that will make it popular with American buyers.”