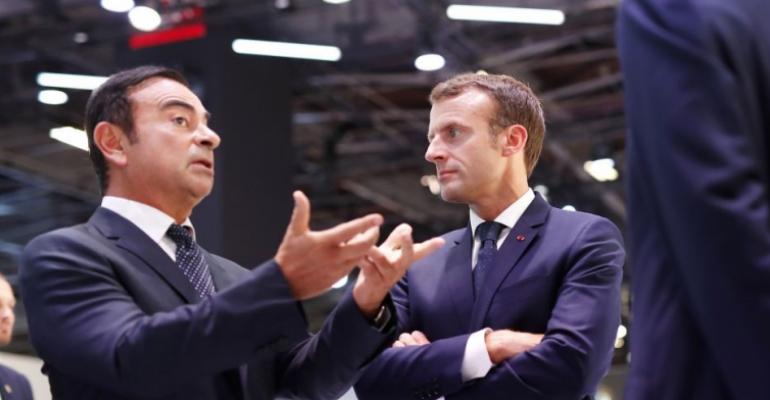 The former Nissan chairman and CEO is effectively under house arrest, awaiting trial next spring and facing a possible 15 years in prison. Meanwhile, the Renault, Nissan and Mitsubishi alliance has lost a combined $18 billion in market capitalization.

One year ago last week, Carlos Ghosn, architect of Nissan’s revival nearly 20 years ago, was ushered from his plane at Tokyo’s Haneda Airport and eventually to the Tokyo Detention House.

There, he was subjected to weeks of interrogation without the presence of his lawyers (a constitutional violation in Japan) and held in a tiny cell for three weeks, in solitary confinement, before the Tokyo District Public Prosecutors Office handed down its first indictment.

Ghosn would be held in custody for the better part of the next three months in what effectively is a maximum-security prison before being granted bail, which was set at ¥1 billion ($9.2 million), one of the highest levels ever in Japan.

The prosecutors clearly wanted to break Ghosn. They haven’t succeeded yet.

Best as I can tell, Ghosn is holding up physically. I can’t say how he’s dealing with the emotional strain of being separated from his wife (the prosecutors have barely let him see her), having had his reputation destroyed by a stream of media leaks and not being allowed to mount a fair defense because prosecutors appear to be withholding evidence.

Ghosn isn’t the only one suffering. Throughout this saga, the automaker has struggled financially.

Over the past 12 months, the three alliance partners – Renault, Nissan and Mitsubishi – have lost a combined $18 billion in market capitalization. Profits and share prices are tumbling, and 12,500 Nissan jobs are being eliminated. Investors remain skittish as top management is shrouded in uncertainty.

No one should expect the Japanese criminal justice system to adjudicate his case fairly. From the start, this case has violated Japan’s constitution, which states:

“No person shall be arrested or detained without being at once informed of the charges against him or without the immediate privilege of counsel.”

This didn’t happen, according to media reports. The constitution also says:

“In all criminal cases the accused... shall be permitted full opportunity to examine all witnesses, and he shall have the right of compulsory process for obtaining witnesses on his behalf at public expense. At all times the accused shall have the assistance of competent counsel who shall, if the accused is unable to secure the same by his own efforts, be assigned to his use by the State.”

Ghosn was interrogated daily for hours, without the “assistance” of counsel. 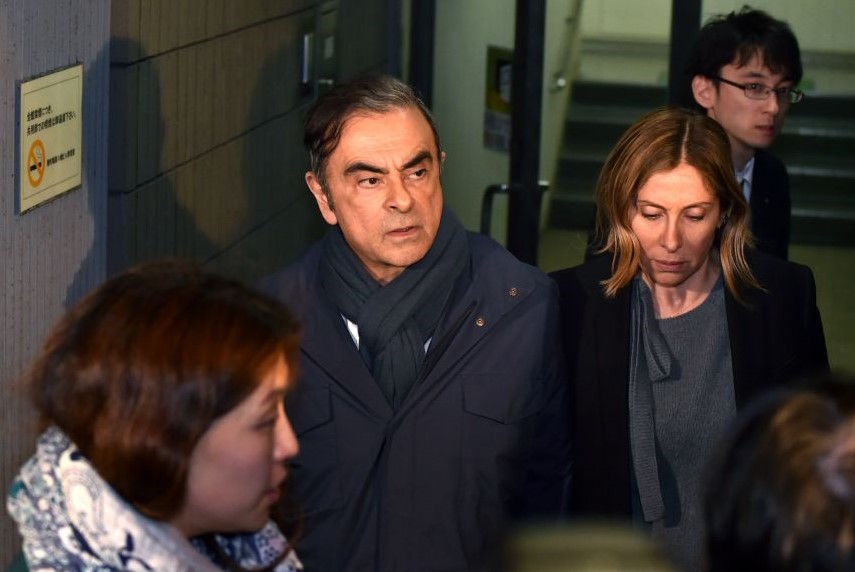 Ghosn and wife Carole (to his left) leave office of his lawyer Junichiro Hironaka in Tokyo on April 3.

His lawyers believe there is a coverup – that Nissan’s mostly Japanese management and the prosecutor’s office willfully and knowingly denied Ghosn his constitutionally guaranteed rights to due process.

The main charge is that Ghosn underreported an estimated ¥5 billion ($44 million) in deferred executive compensation, later raised to ¥8 billion ($70 million).

There are technical and factual problems with the charge. First, stock appreciation rights are not “income” per se. They might not be income at all if a company goes bankrupt or must seek protection from its creditors.

Second, it presumes Ghosn and Greg Kelly, the American executive who allegedly “masterminded” the crime and also is awaiting trial, didn’t seek legal advice on this essentially technical matter. And third, it assumes Nissan’s board of directors knew nothing about the deferred income plan.

None of this makes sense because neither Ghosn nor Kelly reads, writes or speaks Japanese. How could they have engineered a financial crime of this magnitude over the course of a decade inside a Japanese corporation?

The only way it could have happened is if Nissan’s financial and auditing operation was asleep at the wheel the whole time.

On my recent trip to Japan, I learned that there are about eight layers of compliance, thus dozens of people including inhouse auditors, who would have reviewed the internal financial accounts and reports, in Japanese.

Not a single Japanese member of Nissan’s management team has been arrested, although Hiroto Saikawa, Ghosn’s handpicked successor as CEO in 2017, was himself forced to resign in September over unreported future compensation.

Ghosn’s Japanese lawyers allege Ghosn “has been discriminated against based on race, nationality and social status.”

Saikawa, who was the bearer of the news of Ghosn’s and Kelly’s arrest at a news conference last November, was on the executive committee and board at Nissan when many of the alleged financial reporting crimes were committed. He has been reported to have signed off on the executive compensation package in question.

He was allowed to apologize and go on with his life after Nissan.

Ghosn is basically under house arrest, awaiting trial next spring and facing a possible 15 years in prison. Meanwhile, shareholders who have lost billions won’t learn the truth so long as he’s muzzled in Japan.