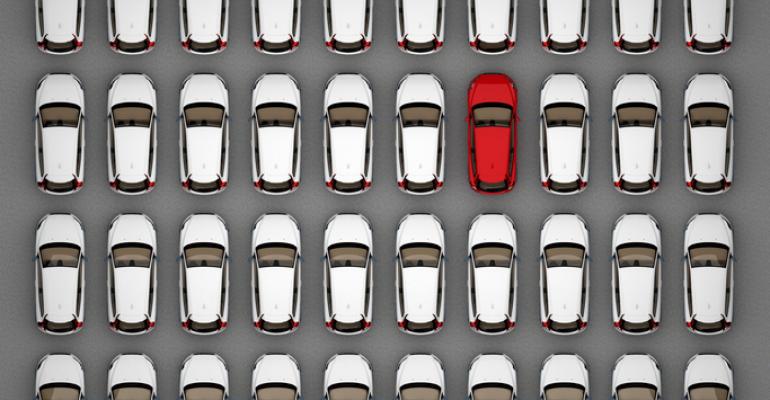 Getty Images
About 39% of all cars built globally are white.
Industry News

White Remains No.1 Car Color, But It’s Not Black and White

For another year, it’s the most popular car color, according to Germany-based chemical company BASF which does an annual report on automotive coatings.

About 39% of all cars built globally are white. In North America, white, black, silver and gray make up 77% of the market.

Smaller vehicles are more likely to show a blast of color, according to the report that also says pickup trucks are trending toward deep, rich blacks in North America.

In a Wards Q&A, Paul Czornij, BASF design head-North America in Southfield, MI, talks about the popularity, emotion and sometimes mystery of colors, why they matter so much to automotive consumers and what’s so great about white. Here’s an edited version of the interview.

Wards: What explains white’s enduring popularity as a car color? 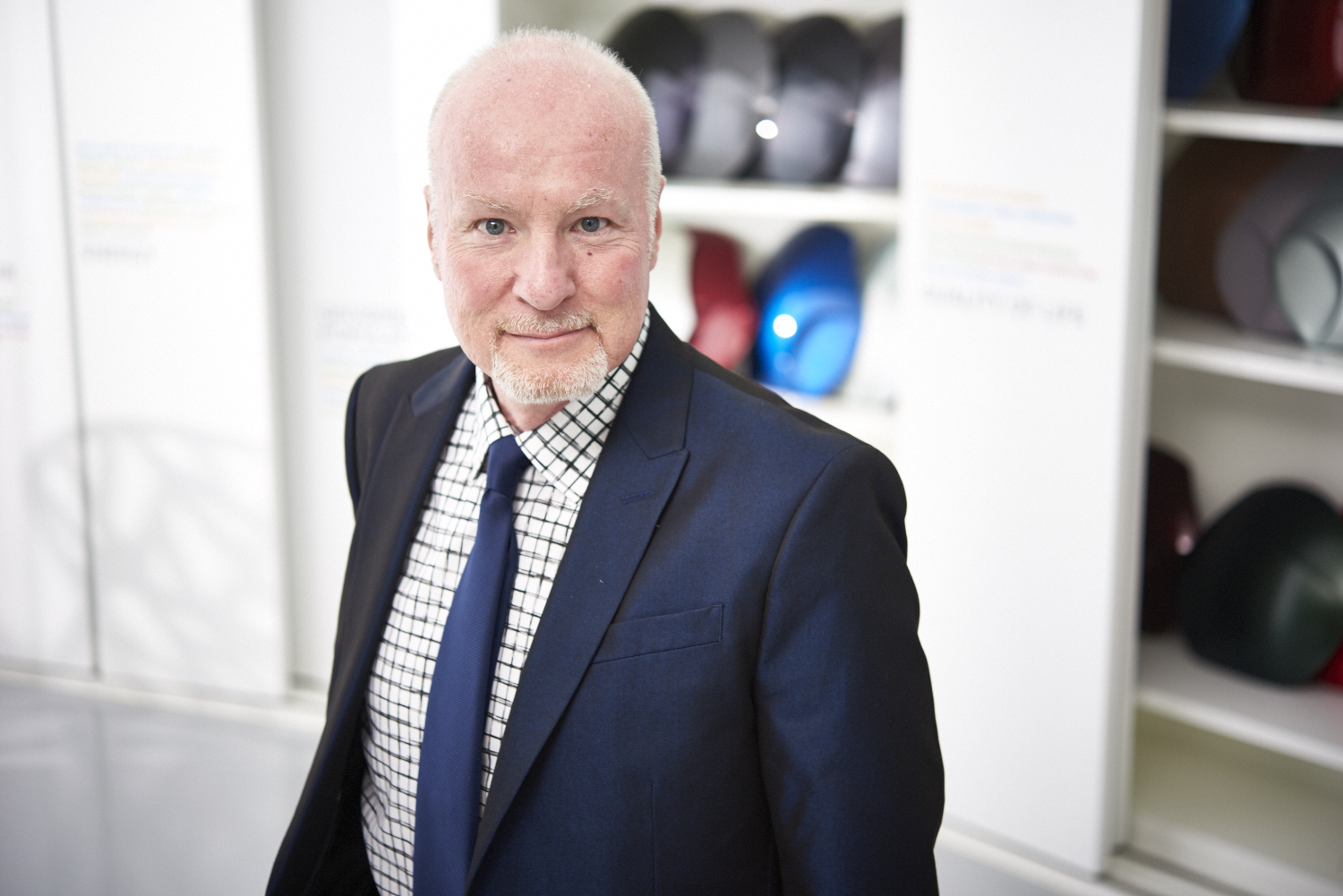 Czornij: When you say “enduring,” I’m taking that to mean over the past few years, but not decades. In the late 1990s and early 2000s, silver was the most popular global color. A lot of that related to automotive technology and how silver represented that. (Paul Czornij, left)

White made inroads because of other industries using it to demonstrate the face of technology. A software and computer company led the way by making white a popular color for phones, radios and gadgets.

The automotive market said, “OK, what can we do to bring white as a color that would be more than what it had been in the past?” There was an advent of a pearlescent look to white. It is associated with sophistication, beauty and purity. It’s even being used now to show off environmentally friendly vehicles.

Wards: You’d think those would be green, wouldn’t you?

Czornij: You’d think so. But they’re not. Green had its highest popularity in the mid-1990s. It was pretty significant. We’re seeing more movement in green, but it might be a while before it starts showing up more on cars. Right now, white seems to rule the roost.

Wards: Juan Flores from Kelley Blue Book told me a few years ago that the emerald green car that looks so great on the new-car lot doesn’t do so well in the used-car market. It loses $500 to $700 of its residual value just because of the color. Why’s that?

Czornij: A lot of it has to do with the influence dealers have, for example. There is a prevailing line of thought that you have to have a neutral color – usually white, black, silver or gray – that makes it easier to sell the car. Also, if you buy, say, a silver or gray car, you can probably rest easy that color won’t fall out of fashion. Whereas, if you buy a bright purple car, that might not be the case.

Wards: A used-car guy told me half-kiddingly that the industry should ban purple vehicles because on the used-car lot they suck. Not only do they not sell well but they age badly because of the color. Is that true with some colors?

Czornij: Yes. There’s a big factor behind that. You may like a particular color on your cellphone or something small. It gives a certain impression. But if you take that same color and spread it out on a big surface like a car, it will have a different look and feel.

Wards: Does a person who picks a black car have a much different personality than someone who picks a white one?

Czornij: Most people pick a car color based on emotion. That can be overt or subliminal. People tend to have emotional associations with colors and color families.

Wards: Is color a primary or secondary consideration to a car shopper? For example, in their car-buying journey do some people want a particular color, and let that be their guide?

Wards: Mike Jackson, the retired CEO of AutoNation once said, “Do you know how many people go to a dealership looking for a white vehicle, and end up driving away in a black one?” His point was that car shoppers can be flexible on  colors, even contrasting colors.

Czornij: You’ll get a mixed bag of people and how they reach a car-buying decision. There are people influenced by the dealer. They walk in wanting an orange car, and leave in a gray car because they were convinced it may be more prudent as far as resale value. Other people are going to stick to their original color decision and will walk if they can’t get it at a dealership.

Think about it. With an exterior car color, you are projecting a piece of yourself to the world. The interior is your more personal space, but what you put on the car projects your image to the rest of society. It’s more complex than a lot of people give it credit for. 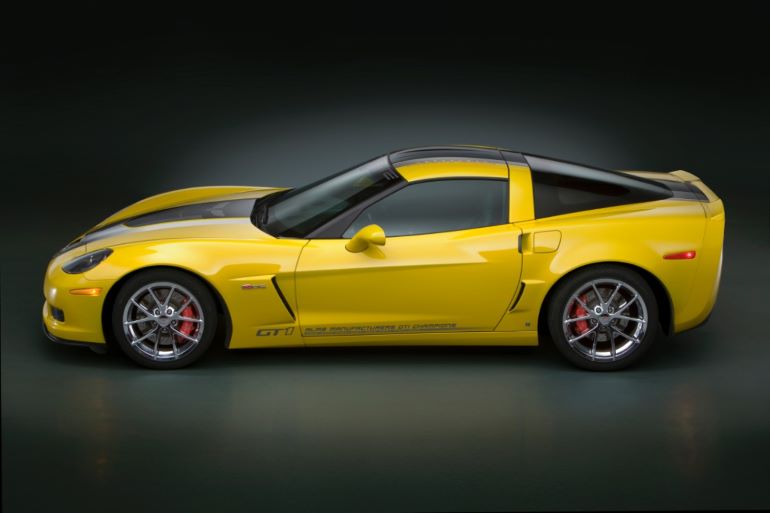 Wards: Years ago, I was buying a Corvette, which was my dream car. I was with my wife and the car salesman on the lot. We were talking about whether I should buy a black or white one when I saw a yellow one. I said, “I like that yellow Corvette.” My wife said, “I don’t.” She asked the salesman what type of person buys a yellow Corvette. He said, “Usually a guy who is recently divorced and is announcing to the world that he is available again.” That’s how I ended up with a black Corvette.

Czornij: Good story. But you’re right. If you have a bright yellow car, you want to be noticed.

Wards: One theory is that dealers actually decide car-color popularity. When they order cars, they pick colors they think the customer will want, and then in effect try to sell the customer on that car and color. So, it’s the dealer who picks the color in the first place. Any credence to that?

Wards: Is white akin to vanilla ice cream in that it’s bland but popular?

Czornij: Being a color designer, I can see the beauty in white. The trick for us is to take a popular color like white and come up with something fresh and inventive. We’re trying to find ways to make white look different from year to year, utilizing paint technology and pigments. You can work with hues and effects. Metallic and pearlescent whites can unlock possibilities to stay fresh.

In color popularity, we’re seeing a bit of a shift in that whites are going from less yellowish and warm to more bluish and neutral. That gives you a cooler feel. We’re trying to see where that will take us. White is not just white. It’s a platform for us to be innovative. 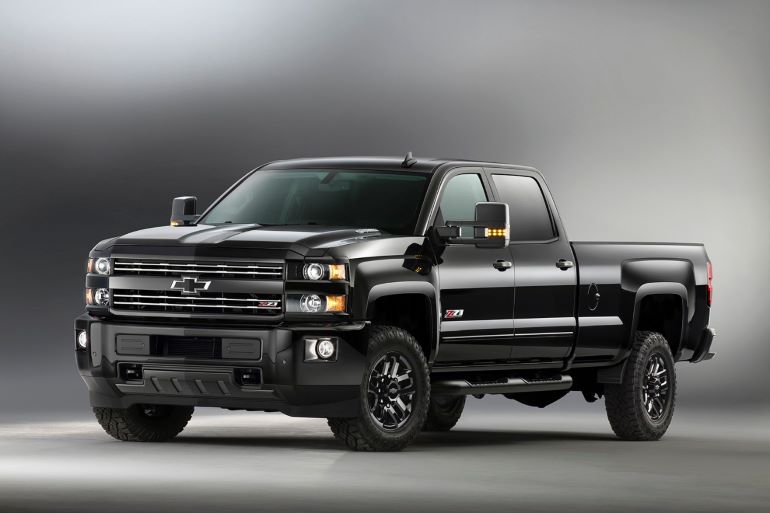 Wards: This may be more of a marketing question, but I’ve never seen white described as a car color as just white. It's always something else, like Arctic White. Why’s that?  (Pickups trending toward deep, rich blacks.)

Czornij: Researchers have shown that if you give a color a name, you can increase its marketability. My dad always liked brown. If you go to a dealership and say, “What’s this color?” The dealer can say, “Brown” or “Mocha Frost.” Which sounds more intriguing? The color name is an important aspect. Marketers put a fair amount of thought into that.

Wards: What color car do you drive?

Czornij: A black metallic BMW 340. The design reason is it’s a color of luxury and mystery. It’s like an abyss with increased depth perception. It’s a beautiful and timeless car color.

Czornij: Yes. And we see in our popularity analysis that black follows white as the next most popular car color. Think luxury, timelessness and practicality in the resale value.

Wards: So it’s not just black and white?